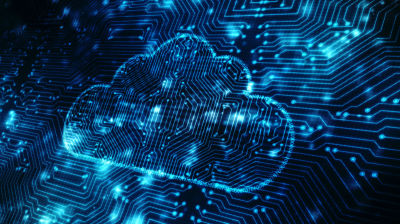 Russia has set up the world's largest track and trace system that can follow goods from the factory to the home
By Ivan Streshinsky CEO of USM in Moscow December 19, 2019

The USA, Singapore, United Kingdom, South Korea, and Japan are typically considered the top five most digitally advanced countries according to many metrics. Experts believe that these leaders of the digital economy have one thing in common – each of them has a comprehensive digital strategy of its own.

Russia has come close to joining this digital power club in recent years as its citizens are becoming more tech savvy and exposed to massive state and privately-operated digital ecosystems. The digital economy in Russia started with a nationwide transition to online fiscal cash registers in the retail sector followed by plans to digitize all industries.

In 2018, Russia launched Chestny ZNAK, its first nationwide digital track & trace system, set to become the cornerstone of industrial digitalization. By 2024, the system is expected to cover most of the commodity and consumer goods traded throughout Russia.

This system authenticates and tracks any merchandise as it makes its way down the supply chain from the point of manufacture to the final consumer. Traceability is implemented by means of a unique ID code, assigned to every physical unit of merchandise in the form of a Data Matrix QR code and/or a RFID tag. This code is then scanned and registered in the government’s central database each time the merchandise passes from an importer or producer, to a wholesale trader, to a retailer, and finally to the end buyer. The code can also be scanned by consumers at point of sale via a special app, which serves to prove that the merchandise is genuine and has been legally produced or imported and retailed. This creates a digital passport and digital twin for each item of merchandise and digital copy of each industry sector.

Track & Trace systems have been trending internationally for some years now, with China, Brazil, Turkey, the USA, and the EU being the pioneers in this area. Countries that have implemented these market management tools traditionally ranked the highest in the Digital Society Index by Oxford Economics, which surveys more than 43,000 people across 24 countries. National track & trace projects helped these countries to reduce the shadow market in many industries, improved tax collection, and reduced losses incurred by businesses from counterfeit products and illegal trade.

The Russian project stands out due to its ambitious plans to cover all product groups, unlike other systems, which mostly monitor excise goods like tobacco and alcohol, and pharmaceuticals. Chestny ZNAK is entirely unmatched across the world in terms of its scale and capacity to process up to 100 billion unique codes per year.

Chestny ZNAK is the single most notable digital project in Russia which will benefit both the government and the private sector, as well as citizens and consumers. The system already traces over 6 billion codes under several projects for mandatory marking of goods. Almost a dozen product categories are already covered by the system, including drugs and medical goods, fur coats, milk and tobacco products, clothes, footwear, perfumes, bicycles, wheelchairs, photo cameras and tires. And the project is only in its early stages.

The Russian system is implemented in the form of a public-and-private partnership (PPP), which is the first PPP in IT, and the first nationwide PPP in Russia, funded by the private company Centre for Research in Perspective Technologies, or CRPT (51% owned by USM). This framework allows the government to achieve its goals at no cost to the state budget. CRPT's shareholders will invest some 220 billion rubles in the project over 15 years.

The synergy between the nationwide introduction of online fiscal cash registers, the track & trace system, and digital customs will drive the implementation of IoT in various industries.

Russia may be among the first in the world to be able to analyze its retail trading in real time. Today only the tax authorities of South Korea and Singapore, which traditionally receive top digital rankings, have similar capabilities. This may be the emergence of the electronic government with much greater potential than any of its current rivals.

Various research estimates suggest that the Chestny ZNAK track & trace system may add as much as 1.2% to the country's GDP by reducing illegal trade and trafficking, increasing tax revenues, and improving the efficiency of the government’s control and supervision activities. System takes such activities to a new level, transits them to a risk-oriented approach: now any action with each product leaves a digital footprint and the control function becomes much more effective. Ultimately, the government will gain access to a vast amount of commodity and trading data to help it improve the speed and accuracy of decision-making.

On top of this, the new digital initiative empowers the Customer as the key player in the track & trace ecosystem. The government and the system protect the wellbeing of citizens by controlling the authenticity and quality of goods, which customers can monitor for themselves using a dedicated smartphone application. This app can scan the code on any merchandise, verify it with the government’s central database, and immediately file a complaint if the code is not genuine. Every customer with the app can contribute to the nationwide effort to create a fully-fledged public control system and make the state control bodies more efficient. The Chestny ZNAK mobile application will empower true public control on a national scale. It may be the world's largest example of citizen engagement in combating illegal trafficking of goods.

Legitimate businesses will benefit the most from the project. While shady entrepreneurs will be squeezed out of the market, legitimate players will see demand and sales growing and competitive environment levelled. The system may also offer data-driven services to provide businesses with accurate analytical insights about their supply chain and sales, thus boosting efficiency and facilitating the transition to Industry 4.0.

Efforts to investigate financial crimes have been largely unsuccessful due to endemic corruption within the judiciary.

ING: Russian balance of payments calls for caution over RUB

Balance of payments for 4Q19 suggests weakness in the current account and tells us that as much as $25bn of net portfolio inflows into local currency state bonds (OFZ) may be needed in 2020 in order to avoid ruble depreciation.

TURKEY INSIGHT: How long can the Turkey ETF rally last?
1 day ago
OUTLOOK 2020 Georgia
1 day ago
ING THINK: Russia tempted to ease fiscal rule and spend more
1 day ago
ALACO DISPATCHES: What lies behind oligarch impunity in Ukraine
2 days ago
ING: Russian balance of payments calls for caution over RUB
2 days ago