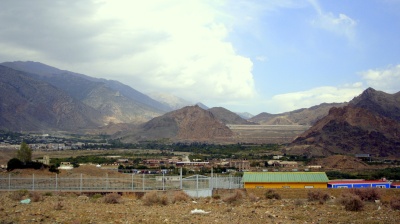 Iranians are bussing it over the Armenian border for vaccines Armenians don't want.
By Daniel Rad in Dublin July 5, 2021

Armenia has seen a marked increase in Iranians crossing the border of the country to get vaccinated against coronavirus (COVID-19) in recent weeks, Tik reported on July 4.

Armenia offers free vaccines to tourists entering the country; as a result, Iranian tour agencies and entrepreneurs have jumped on this offer, as inside the Islamic Republic supplies are hard to find and prices continue to creep up as people profiteer from the commercialisation of the vaccine rollout. According to reports from Tehran, the Pfizer vaccine is now being offered on the black market at IRR800mn ($19,000), whereas the Russian Sputnik-V vaccine is sold for IRR400mn.

Tejarat newspaper reported taxi drivers are charging people from Iran up to IRR30mn for round trips from Tehran to the Armenia border to get the vaccine, while tour agencies are pushing ahead with increasing daily flights to Yerevan.

One driver said: “I can make IRR120mn in a day for round trips to the border where people receive their vaccines; people are getting multiple doses at once.”

Demand has increased so much in recent weeks that Iranians have booked up all bus tours to Armenia.

ILNA has reported that Armenia Airways is increasing its scheduled flights from Tehran and other Tabriz to Yerevan from five flights to seven flights a week, as part of the growth in vaccine tourism.

An unnamed spokesperson for the Iran Civil Aviation Organisation (CAO) said that flights between Iran and Armenia will increase from next week.

"From next week, Armenia Airways will increase five flights to seven flights a week," the spokesperson said on July 4.

The Iranian state is also cashing in on this new form of tourism with so-called “exit taxes” being charged at IRR4mn for the first exit from the country being raised to IRR6mn.

Iran’s Health Ministry Spokesperson and Food and Drug Administration director, Kianoush Jahanpour, said on July 4 that several countries in the region do not welcome hordes of Iranians turning up for vaccinations, naming Armenia in his daily update on the state of coronavirus in the country.

He denied reports that Armenia was distributing out-of-date AstraZeneca vaccines to Iranian tourists, saying that Armenians did not trust the vaccines and that Iran was making use of them instead.

Asked if the vaccines given to tourists in the country might be out of date, the spokesman for the Food and Drug Administration said: "No, [the] vaccines are not out of date and should be given to foreign tourists."

Armenians' reluctance to having the vaccine is Iran’s gain as Yerevan's government continues to struggle with convincing locals to take the vaccine.

“Armenians aren’t enthusiastic for the vaccine because the media and politicians are doing black PR against them,” said Armos Martirosyan, 32, one of the few Armenians who was at the site. “I’m a socially responsible person, that’s why I’m here,” Eurasianet reported on May 13.

That article cites conspiracy theories as the reason for the hesitancy, with many reporting on the lack of trust between the government’s free roll-out and low public turnout for the drug. Armenia previously received some 100,000 doses of the Chinese CoronaVac vaccine on May 1, a donation from the Chinese government. The country also received some 24,000 Astra Zeneca vaccines through the World Health Organisation’s COVAX programme and another 30,000+ vaccines of Russia's Sputnik V.

The trifecta of vaccines on offer and AstraZeneca’s troubles with the European Medical Agency (EMA) over the several dozen deaths of people who had had their first jab of the vaccine has driven many Armenians away from taking the shot. Supplies of Russia’s Sputnik V are limited while Moscow struggles to keep up with demand globally.

Torment may be looming in Yerevan, as the reluctance by Armenians to take any vaccine on offer and the spread of the highly infectious Delta variant now hitting Iran and shutting down the Grand Bazaar in Tehran and other commercial centres in the city is a potential recipe for disaster for the outgoing Pashinyan administration.

Despite a requirement for a negative coronavirus test on entry to Armenia, allowing a large numbers of Iranians in while their country goes on lockdown and a low vaccination rate may cause a massive spread of the virus in the Caucasus.