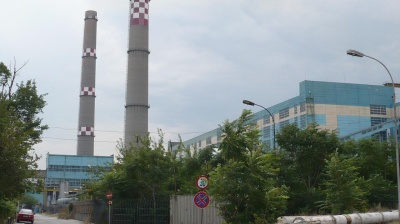 Czech senator Lukas Wagenknecht has referred the 2017 sale of Bulgaria's Varna thermal power plant (TPP) by power company CEZ to the prosecution in Bulgaria due to suspicions that the deal was not beneficial for the state-owned energy firm, the NGO Anti-corruption Fund said on November 22.

The news comes as CEZ is struggling to offload its other Bulgarian assets after two deals to sell the assets to local investors — first family owned Inercom and lately financial and insurance group Eurohold Bulgaria — were both blocked by Bulgaria’s Competition Protection Committee (CPC).

Sofia-based Anti-corruption Fund, which is declared as the address for contacts by Wagenknecht for this case, had already referred the sale of Varna TPP to the prosecution several months earlier, but without result.

It said in a statement that Wagenknecht has asked the prosecution in Bulgaria to probe the deal due to suspicions that the deal was intentionally closed at a price that is not beneficial for state-owned CEZ. He has also expressed suspicions that CEZ signed the deal at this price to avoid taxes.

"As early as June this year, the ACF alerted a number of institutions about a number of alarming circumstances in the case of the TPP Varna," said Boyko Stankushev, director of the ACF, in a statement.

"Our actions so far have been fruitless in trying to motivate institutions to protect the public interest. The signal from the Czech senator, however, clearly indicates that questions regarding the acquisition of Varna TPP and a number of curious decisions and actions by state authorities remain relevant and await their answers. "

Dogan acquired the stake from Stanislav Papazov and Ivelina Papazova, son and daughter of former transport minister Danail Papazov who is allegedly close to the DPS.

The deal has raised controversy and questions regarding Dogan’s already very strong influence in Bulgarian politics and on the energy sector as Varna TPP secures part of Bulgaria’s cold reserve.

At the end of July, Bulgaria’s Electricity System Operator (ESO) distributed BGN26.5mn to Varna TPP for securing the cold reserve over the coming winter. Critics of the decision, including ACF, have expressed concern as Varna TPP will play a key role in securing the biggest share of the cold reserve, while the power plant’s ability to actually produce the necessary electricity has been questioned.

“Investigation of ACF from June this year is raising serious doubts regarding the operational suitability of Varna TPP and the plant’s ability to meet its licence obligations,” Stankusev said in a statement in July.

ACF has referred Varna TPP’s licence for the cold reserve to several state institutions, but so far there has been no formal reaction from any of them.

Dogan, who stepped down as the DPS’s formal leader in 2013, but is still considered to be the informal head of the party, became known for his statements back in 2005 that the party had organised circles of business interests.

According to political analysts and independent media, Dogan has been behind all major political appointments in the country over the past years. In addition, the politician openly talked of his influence in the business world during an election campaign in 2009, saying that he was behind all major decisions regarding the financing of a business.

“I am the instrument in the power who is distributing the portions of financing in the country. … The power is in my hands! I want you to understand that,” Dogan said during a pre-election meeting with voters.