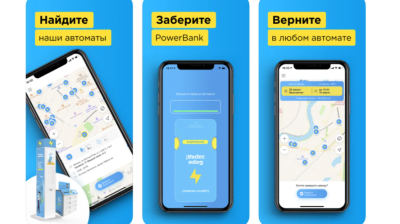 As reported by Forbes, the investors include Alexander Kabatov, Valery Ivanov, Bogdan Leonov and Alla Merman. The funding has been split as follows: RUB102mn in capital injection (at a valuation of RUB1.35bn, or $13.7mn), RUB247mn invested in new charging stations in Moscow and St. Petersburg, and RUB82mn to offer an exit to previous investors. Kirill Kulakov, who founded the start-up in 2018, remains the majority shareholder with a 50.93% stake.

Fifty percent of the net revenues generated by the investment will be paid to the investors on a monthly basis.

With some 3,000 stations across 29 Russian cities, Beri Zaryad is the leader on this emerging market. Its competitors include Pocket Power, Don Amper, Get Charged, Batt Box and Get Energy.

Beri Zaryad expects to generate RUB160mn ($2.1mn) in revenues from January to April 2021. Under the plans, some 6,000 new stations will be set up in the course of the year. A new equity round of funding could be organised later this year to raise up to RUB800mn ($10.5mn), Kulakov told Forbes.

Almost simultaneously Lanit Ventures, the corporate fund of a leading Russian IT group, announced an investment in Zaprosto. The terms of the transaction were not disclosed, but Inc. Russia learned that the deal amounted to $1mn.

Founded in 2019 by Anton Zinovev (CarMoney) and Alexander Zhirnov, Zaprosto allows you to rent a smartphone, transform cash back into debt repayment, and exchange a smartphone for a new model by subscription.

The company claims to have rented out some 2,000 devices to date.

Sber, the state-controlled financial and digital giant, has announced a binding agreement to fully acquire Muzlab, a leader in the Russian B2B audio streaming market.

Swiss ICT group ALSO acquires Serbia's PIN Computers
4 days ago
EWDN: After a new acquisition, Sber wants to become a central player in the Russian digital music market
7 days ago
EWDN: After successes in Russia and Israel, Yandex prepares to launch express delivery service in Western Europe
7 days ago
Rise and fall of Turkish technology retailer Bimeks ends in bankruptcy
8 days ago
Sberbank pushes the Sber rebranding, promises to double online ecosystem investments over the next three years
9 days ago