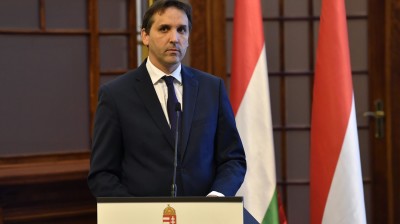 First-week sales were the highest of all government securities ever. In 2017, the state debt manager AKK sold HUF206bn in the first week of the launch of the one-year government bond.

The coupon of the new bond will be 3.5% at the end of six months and 4% at the end of the first year. Afterwards, half a percentage point will be added to the coupon each year, which means the bonds pay 6% in the final year of their term. The new retail bond will offer the highest yield in every state of its maturity.

Over a five-year period, investors can realise a HUF273,500 return on a HUF1mn investment. Analysts said the new security, dubbed a super retail bond could remain a popular investment if inflation remains muted. The new retail bond will be exempt from the capital gains tax.

The government aims to raise the government bond stock held by retail investors to HUF11 trillion by 2023 from the current HUF8 trillion, Varga said at Wednesday's press briefing. Over a third of the debt held by Hungarian households is in one-year maturity bonds.

The financing of public debt will become more balanced with the launch of the new government bond as households are deemed reliable investors, Varga added.

The state debt manager has sought to reduce the share of foreign-financing debt by offering lucrative premiums on retail bonds for households. The outstanding amount of retail forint securities doubled in the last three years and has now reached 25% of the total.

The average maturity of the instruments has also increased in recent years.

The government's explicit goal was also to reduce the cash in circulation, which is around HUF6 trillion or some 15% of the GDP. This is one of the highest ratios in the EU. It is not yet known whether the new subscriptions reduced cash, or households swapped other savings in favour of buying the new bonds.

Premium paid on the new retail bond could also trigger money going to the debt financing instead of the real estate market. Home prices in Budapest have doubled in five years. The risk of overheating in the Budapest housing market has increased, the central bank warned in a recent report.