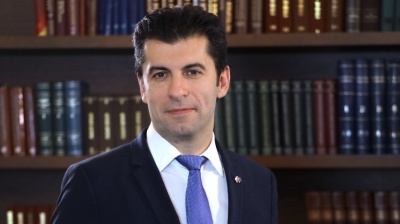 Bulgarian PM Kiril Pektov says Kremlin sought to take advantage of "tensions and disunity in the European Union". / government.bg
By bne IntelliNews May 23, 2022

Bulgarian Prime Minister Kiril Petkov argued on May 22 that Moscow aimed to split the EU and bring down the Bulgarian government by cutting off gas to selected EU countries.

Russia’s Gazprom decided to stop delivering natural gas to Bulgaria as of April 27 after Sofia refused to amend the existing contract. On April 26, Gazprom also halted the supplies to Poland after the country refused to pay in rubles instead of euros.

In an oped for Frankfurter Allgemeine Zeitung republished on the Bulgarian government website, Petrov argued that Putin had three aims in selecting Bulgaria – which until the end of April got almost all of its natural gas from Russia – as one of the country to cut off.

“First of all, he wanted to demonstrate that he could destabilise a European government that has declared a policy of zero tolerance for corruption. As in many other countries, so in Bulgaria, it is through corruption that Russia influences state policy,” wrote the Bulgarian prime minister.

“Second, hoping for a new, pro-Russian government, the Kremlin aims to restore Russian influence in Bulgaria, a country with historical sympathies for Russia, which, however, has consciously decided to join Nato and the EU after a difficult period of transition.”

He added: “Targeting Bulgaria and Poland, the Kremlin relied on tensions and disunity in the European Union. The fact that the EU is currently maintaining its unity and determination against Russia was probably the biggest surprise for many. It was here that the Kremlin saw a good opportunity to try to break that determination.”

Ahead of the decision, Bulgaria’s ruling coalition had been strained by the war in Ukraine. While Petkov’s Change Continues favoured sending military aid to Ukraine, this was strongly opposed by one of its coalition partners, the pro-Russian Bulgarian Socialist Party (BSP). Another coalition partner, Democratic Bulgaria, threatened to quit if aid was not extended. Meanwhile, President Rumen Radev had disappointed his supporters by not taking a tougher line on Russia. However, when it came to the vote in Parliament, the BSP backed the government’s position, averting a crisis.

Speaking of steps taken in Bulgaria after supplies of Russian gas ended, Pektov said the country had gone from “95% to 0% dependence” on Russian gas.

“During my visit to Washington, we signed a contract to supply American liquefied natural gas [LNG]. We renegotiated the terms with the Shah Deniz consortium so that our country can receive gas from Azerbaijan again, after the previous government refused this opportunity for inexplicable reasons,” he explained.