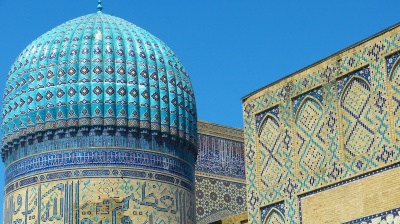 Uzbekistan is set to experience a slowdown in growth in 2022, although remaining one of the fastest growing economies in emerging Europe, but if the pace of reforms continues to be as fast as in the last few years it is expected to rebound to around 10% a year once the current health and geopolitical crises are over.

The country’s relative resilience to crises in the last two years reflects not only its natural resources, but even more importantly the reforms and dramatic opening up of the economy since President Shavkat Mirziyoyev came to power in 2016.

Among the critical changes in the first few years under the new president have been the liberalisation of the foreign exchange and external trade regimes, the reduction of barriers to foreign trade and the start of a wide-reaching privatisation programme.

These changes, Deputy Minister of Investments and External Trade Shukhrat Vafayev told a panel at the European Bank for Reconstruction (EBRD) annual meeting on May 11, have “enabled Uzbekistan to maintain growth even during the pandemic”.

“I believe Uzbekistan deserves interest especially given the speed and scale of reforms. Under the new president, there have been fundamental changes, making Uzbekistan much more open and attractive for private and foreign investors,” Vafayev told delegates.

Among the positive consequences of the reforms, there has been steady growth in foreign direct investment (FDI) into Uzbekistan from 2018 onwards. Another example is that in 2021 Uzbekistan was admitted to the EU’s Generalised Scheme of Preferences (GSP), which gives preferential trade terms to lower and middle income countries committed to reforms in areas such as human rights.

Admittedly there has been a slowdown in GDP growth in 2022, as forecasts across emerging Europe have been revised downwards following Russia’s invasion of Ukraine, which has had impacts of varying severity across the entire region. Uzbekistan is, however, still set to be one of the fastest growing economies in emerging Europe the year, after only Turkmenistan and Azerbaijan, and on a par with Kosovo.

"Last year GDP growth reached 7.4%. Due to the certain impacts of geopolitical events, our forecasts were revised to 4% and 5% for 2022 and 2023 respectively,” Zsuzsanna Hargitai, the EBRD’s managing director for Central Asia, told the panel in Marrakesh on May 11.

“However, our regional economist expects a rebound for 2024 above 7% then, depending on reforms … easily reaching 10% from 2026 forward,” Hargitai added.

Meanwhile, the Uzbek central bank has pursued a conservative monetary policy that reined in inflation when it started to rise last year and has continued intervening this year as well.

Looking ahead, further reforms can be expected under the 5-year strategy announced by Mirziyoyev, who won a second mandate in the October 2021 presidential election. “We believe this will further improve the attractiveness of Uzbekistan for investors,” Vafayev said.

More privatisations also lie ahead. “You can’t talk about Uzbekistan without talking about reducing the footprint of the state and privatisations,” said Hargitai. Following government efforts and support from the EBRD and other international financial institutions (IFIs), “state-owned enterprises are managed better now, and we are there to look at transparent privatisations through open tenders”.

Hargitai highlighted the upcoming privatisations of chemicals company Farg’onaazot and Dehkanabad potash plant. Under the current geopolitical situation, “the fertiliser industry should seem a very promising investment area in Uzbekistan,” she commented.

According to Hargitai, the “financial landscape is changing when it comes to the capital market”. The finance ministry is working on a new capital markets law that should facilitate IPOs as well as sukuk bonds and other types of instruments.

Cotton and textiles is another area set to open up as the Cotton Campaign coalition lifted its years-long boycott on Uzbek cotton earlier this year after the International Labour Organisation (ILO) reported in March that the country is now almost entirely free from systemic child and forced labour in its cotton industry. In this area, Vafayev talked of the “elimination of the stain on our reputation from practices in the cotton industry after the international community lifted the ban on cotton from Uzbekistan”.

In the banking sector, Spartak Tetrashvili, head of TBC Bank Uzbekistan, said that the bank started looking at Uzbekistan in 2018 and found it a “perfect fit” for its expansion from its home market Georgia. “The tempo of the reforms is amazing,” Tetrashvili told the panel. “You can imagine how conservative the regulations for the banking sector are, and even here we have seen reforms happening. This is really amazing. I’m used to working in different countries and this kind of speed I barely see.”

When considering international expansion, TBC spotted the opportunity for a digital bank in Uzbekistan. For this to happen, Tetrashvili said, “a lot of regulations needed to change and in two years the central bank made a lot of changes that made us operational.” Today, “anybody who has a smartphone and internet coverage can be banked in Uzbekistan”.

Kremlin VTB bank to be hit by investor class action for seizing foreign shares
15 hours ago
Russian metal giants Rusal and Norilsk Nickel could merge under sanctions
16 hours ago
US and Chinese slowdown will tip the world into recession, says IIF
4 days ago
NEO: Rising in the East, Setting in the West: Russia strengthens trade with Global East
5 days ago
Stagflation fears continue to rise
5 days ago