EBRD 2022: Why Kosovo is one of the fastest growing economies in emerging Europe 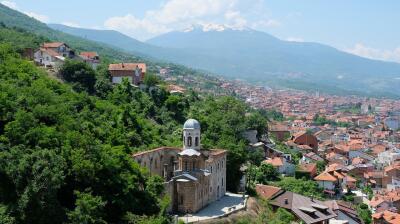 Exports of both goods and services have driven Kosovo’s recovery from the coronavirus (COVID-19) as companies take advantage of its position as a nearshore destination for the EU, and are set to boost its growth in 2022 as well, Minister of Finance, Labour and Transfers Hekuran Murati said on May 10.

Kosovo is set to be one of the fastest growing economies across emerging Europe this year, according to the latest set of projections from the European Bank for Reconstruction and Development (EBRD). Its GDP growth is forecast at 4.0% in 2022, on a par with Uzbekistan and behind only Azerbaijan and Turkmenistan.

What these three Eurasian economies have in common is that they are all rich in hydrocarbons and are thus set to benefit from sky high oil and gas prices. Azerbaijan, moreover, is seen as a key supplier state as European countries seek to diversify their gas imports away from Russia, while Turkmenistan has been insulated from the ongoing geopolitical crisis by its extreme isolation.

Kosovo, a small nation of around 2mn people in the Western Balkans, has none of these advantages. However, as Murati told a panel at the EBRD annual meeting in Marrakesh on May 10, it has managed to benefit from the disruption to international supply chains by first the pandemic and more recently the war in Ukraine.

Murati spoke of positive indicators in 2021, notably real GDP growth of 10.53% as Kosovo’s economy recovered from the coronacrisis.

“This year [growth] may be slowing down a bit due to the war and inflation, but we see the trend continuing in Q1. It is driven mainly by exports, as local companies are trying to fill in the void created by supply chain disruptions at global level,” Murati said.

Neil Taylor, the EBRD’s head of Kosovo, told the same panel that this year “we are looking at a very positive growth dynamic, supported not least by the diaspora, but also the increase in exports of goods, light manufacturing.”

Both Murati and Taylor also referenced Kosovo’s growing IT and outsourcing sector. “ICT is really flourishing. Kosovo has an average age of 30, and many people are fluent in English or German. It’s a great place to invest and take advantage of nearshoring opportunities from the EU,” said Taylor.

Elaborating on this on the sidelines of the conference, Murati told bne IntelliNews: "for us the main exports and the growth is coming from the ICT sector but also from the old fashioned manufacturing, because a lot of [companies] are nearshoring given the higher logistical costs.

“We see this usually in the textile industry but also in furniture as well,” he added. “Mostly it’s the labour intensive industries, where you have a lot of people involved. Considering we are near the European Union but it costs less to produce in Kosovo I think it seems a very good opportunity for companies to nearshore near to their home countries.”

Murati says this trend started with the coronavirus pandemic and the disruptions to supply chains during the initial lockdowns in spring 2020. “What followed was a bottleneck of logistics, shipments and transportation which pushed the prices higher. But [there is] also security of supply and predictability; being nearer and in continental Europe has its advantages.”

COMMENT: Towards sustainable, safe and smart roads in the Western Balkans