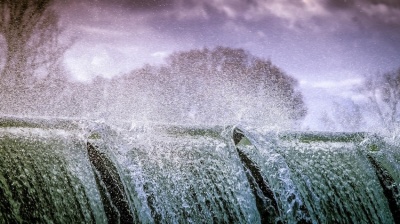 Albania’s net domestic production of electric power in the first quarter of 2022 decreased by 39.7% year on year, forcing the country to increase imports more than sevenfold compared to the same period of 2021, data from statistics office Instat showed.

Albania generates almost all of its electricity from hydropower, with the volume produced fluctuating according to precipitation. When power output is low, the country has to import electricity, which was particularly problematic in early 2022, when Russia’s invasion of Ukraine resulted in a hike in energy prices following a steady rise last year.

Public hydropower accounted for 52.8% of net domestic production and independent hydropower producers for a further 46.7%.

While Albania is seeking to diversify its electricity generation including through investments into solar power, photovoltaic producers accounted for only 0.5 % of net domestic electricity production during the quarter.

The European Bank for Reconstruction and Development (EBRD) said earlier this month that the country is particularly exposed to high electricity prices, and its fiscal accounts are already feeling the impact of the energy crisis. The government is also under pressure to support households in light of rising prices and fears of food shortages, an EBRD report said.

The European Commission warned in its 2022 Spring Forecast, that public investment, including in reconstruction after the 2019 earthquake, will be dampened by the need to re-orientate spending to subsidise electricity and fuel and raise social support.

Yan Sun, who led an International Monetary Fund (IMF) staff visit to Albania on May 12-19, said the situation in global energy markets has “further aggravated the fiscal burden stemming from the electricity sector”. To ease this burden, the IMF called for decisive reforms to restore the financial viability of the state-owned enterprises, as well as gradual tariff adjustments. The fund also recommended “temporary, well-targeted support” to help the poor and vulnerable manage as prices rise.