Hungary 'to continue to oppose EU sanctions on Russian oil' 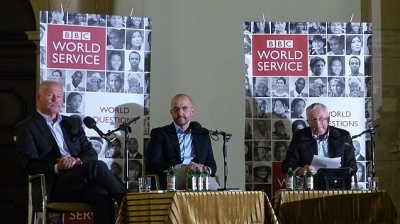 Zoltan Kovacs, Hungary’s State Secretary for International Communications, said on May 2 that Budapest remained opposed to proposals for banning the importation of Russian crude oil and natural gas into the European Union.

Kovacs wrote in a Facebook post that Hungary had not altered its stance on the question of petroleum sanctions. “The Hungarian position has not changed regarding the oil and gas embargo: We do not support it!” he declared.

He was responding to a report broadcast by the German television channel ZDF that Slovakia, Austria and Hungary had reversed their earlier decision to veto the proposed ban on Russian crude oil imports. ZDF had quoted an unnamed high-ranking official in Brussels as saying that all EU member states had fallen into line with plans for introducing sanctions after Germany opted to withdraw its veto, provided that it was given enough time to secure alternative supplies.

Kovacs went into greater detail about the rationale underlying the Hungarian government’s veto in a second Facebook post, which went up late on May 2. He said he had told BBC Radio 4 that his country was not willing to impose sanctions because it had no short-term alternatives to working with Russian petroleum suppliers.

“A practical decision based on common sense must be made. Ideological aspects cannot play a decisive role,” he wrote. “The position of the Hungarian government is clear and unchanged. Even now, it is the representation of the national interest and the protection of the country first.”

The state secretary’s posts were published on the same day that EU energy ministers began discussing the sixth round of sanctions on Russia.

The talks, which centred on the question of whether the new restrictions would prohibit the importation of oil from Russia into the bloc, were not expected to yield any definitive results before the evening of May 3, Reuters reported. However, two unnamed EU officials told the news agency that Brussels was looking into the possibility of striking a deal with Budapest and Bratislava in order to prevent an impasse over sanctions. Specifically, said one official, the European Commission may grant Hungary and Slovakia extended waivers from embargoes or extra time to make the transition away from Russian crude supplies.

Hungarian Prime Minister Viktor Orban has referred to embargoes on Russian hydrocarbons as a “red line” he is not willing to cross for the sake of unity within the EU. (He has also agreed to meet Moscow’s demand for payment in Russian rubles rather than US dollars or euros.)

Cabinet Minister Gergely Gulyas spoke in similarly forceful terms on May 1, telling HirTV: “We’ve made it clear that we’ll never support [embargoes].” Moreover, Gulyas remarked that since the bloc cannot impose sanctions of this type without securing the unanimous approval of all member states, “it makes no sense for the Commission to propose sanctions affecting natural gas and crude oil that would restrict Hungarian procurements.”