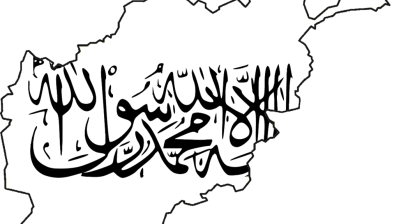 A regional affiliate of Islamic State on April 18 reportedly said it had carried out a rocket attack on Uzbekistan from neighbouring Afghanistan. If confirmed, it would be the first strike by the terrorist group against the Central Asian nation, VoA reported.

Islamic State Khorasan Province (ISKP) fired 10 rockets at an Uzbek military base in the border town of Termez, the group said in a statement, according to Site Intelligence, which tracks terrorist propaganda.

Uzbekistan’s presidential press secretary Sherzod Asadov denied there had been a rocket attack, saying: “The information spread by some Telegram [social media] channels about alleged ISKP rocket fire from the territory of Afghanistan directed at the area of Termez is absolutely fake. According to the Ministry of Defence and the Border Troops of Uzbekistan, there is no military activity on the Uzbek-Afghan border, the situation is stable. We ask you not to succumb to provocations.”

The launching site for the rockets was claimed as in Hairatan, a border town in the northern Afghan province of Balkh. The terror group purportedly released a photo and video of the projectiles on social media to back its claims.

On March 7, bne IntelliNews reported a US think-tank as saying that sources close to military intelligence in a Central Asian nation had indicated that Central Asia, in particular Tajikistan and Kyrgyzstan, were set to be destabilised in the next four to six weeks with possible Taliban military moves and the infiltration of Islamic State (ISIS) and Al-Qaeda militants. ISIS and affiliate ISKP are sworn enemies of the Taliban but the instability in Afghanistan has generally led to growing anxiety in countries bordering the crisis-stricken state since the US and allies exited the country in August last year, leading to a Taliban takeover. Following that departure, bne IntelliNews ran a feature warning Central Asia and China could face a big upsurge in jihadist terrorism, with militants making their way from Syria to Afghanistan, amid the new Afghan reality.

ISKP has increased attacks around Afghanistan and in Pakistan since the departure of the US and allies after a two-decade military presence in the country. Uzbekistan in particular of the Central Asian nations has appealed to the major powers to do more to assist in helping Afghanistan's new administration build towards stability and economic development.

The group has carried out several attacks in neighbouring Pakistan. They included the deadly suicide bombing of a Shiite mosque in the northwestern city of Peshawar last month. The attack killed more than 60 worshippers. Pakistani authorities said the bomber was an Afghan refugee who had received training in Afghanistan.

Russia denies defaulting on $100mn bond coupon payment
3 hours ago
A maze of smuggler tunnels: the Kyrgyzstan-Uzbekistan border
4 hours ago
Ukraine's Zelenskiy calls on the US to recognise Russia as a state sponsor of terrorism
5 hours ago
Amnesty International issues damning report on Lithuania’s migration centres
5 hours ago
At least a dozen killed in shopping mall bombing as Zelenskiy urges G7 leaders to impose more sanctions
5 hours ago