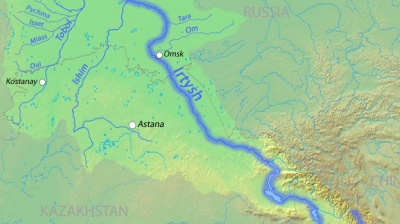 The Irtysh rises in China before flowing through Kazakhstan and Russia to the Arctic. / Shannon cc-by-sa 4.0.
By bne IntelIiNews April 22, 2022 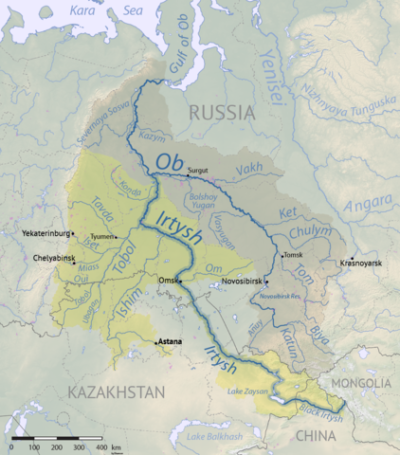 The Irtysh is the largest tributary river in the world. Russia’s Omsk region together with Kazakhstan’s Pavlodar Region have discussed river cargo transport systems that would aim to the make the most of the Arctic route, towards Russia’s Northern Sea Route running from Siberia to the Bering Strait, and the route towards the south, to Kazakhstan and China. In the forthcoming navigation season Omsk Region intends to organise an experimental voyage through Kazakhstan to China, Russia Briefing reported. Omsk and Pavlodar are, meanwhile, discussing the potential for building a cargo port on the Irtysh River, it added.

Implementing the project would reduce costs for freight forwarders by 30%, according to Burkov. 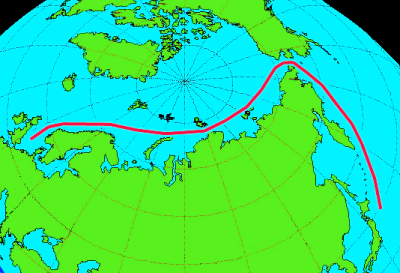 The Irtysh flows into the River Ob, which empties out into the Arctic Ocean, where Russia is developing its Northern Sea Route (Image: Mohonu, public domain).

“An agreement between the Omsk and Pavlodar Regions has been in effect since 2015. In this period, we have already built strong cooperative ties between the regions. We are considering the construction of a cargo port to load goods from suppliers in the Pavlodar Region and their transportation on the Irtysh,” Burkov was quoted as saying.

Skakov was cited as saying: “We have the only river port left in Kazakhstan, and we could transport much more cargo via the waterway. It is both faster and more economic. In recent years, cargo traffic volumes have been decreasing, but at one point we were looking at half a million and a million tons of cargo. I believe that there is great business potential here for both areas. Technical issues and barriers in this matter will be resolved jointly at the level of regional authorities and, if necessary, with the support of central authorities.”

As things stand, lumber and timber products from the Omsk Region are delivered to Kazakhstan via river transport on the Irtysh. In turn, crushed stone, sand and gravel mixes and salt from Kazakhstan are delivered to Omsk. The annual volume of cargo transportation is around 150,000 tonnes, Russia Briefing said.

The Irtysh is known as the Xiao Erjiang in China. It flows for around 600km in Xinjiang Province, where it is used as part of the Irtysh–Karamay–Urumqi Canal.

A maze of smuggler tunnels: the Kyrgyzstan-Uzbekistan border
Tug of war emerging over what role Iran (and its oil) should play in new world order
Death of China-to-Russia cargo transit routes means it’s all aboard for Kazakhstan