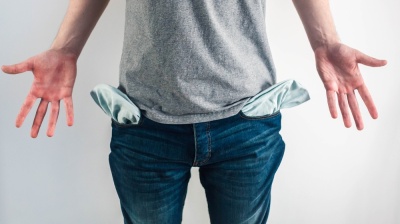 Belarusian authorities are today under pressure from top officials to quickly solve any logistical problems that the western sanctions have created by implementing an import substitution programme. While Belarus’ economy minister has said that the goal is to not let the sanctions affect the living standard of ordinary Belarusians, a recent survey made by the country’s statistical agencies shows that poor Belarusian are already becoming poorer.

Thus, the difference in spending between the lowest and richest quintile was 2.1 times and compared to Q1 2021 the two lowest quintiles increased their spending below the inflation rate.

The third (middle) quintile increased its consumer spending in nominal terms by the rate of inflation of 12.1%. However, the fourth and fifth richest quintiles (the two richest ones) increased their consumer spending in nominal terms by 13% and 15.8% respectively, corresponding to a real increase in their consumption levels of 0.8% and 3.3% respectively.

In the end, therefore, class differences have increased, and the rapidly rising inflation rate is affecting the country’s lowest-income groups the most. While inflation in Q1 was 12.1%, the current inflation rate is around 15%. According to Raiffeisen Bank, inflation is anticipated to reach 35% by the end of the year.

While inflation is on the rise across the world, the Belarusian ruble has also fallen considerably in value against the euro and dollar this year, making consumer imports even more expensive. This is putting more pressure on domestically produced consumer products, which drives up the inflation rate further.

Belarus’ deputy Minister of Industry has recently claimed that not a single enterprise in Belarus had stopped working due to a lack of components caused by western sanctions. While this sounds highly unlikely, it is more likely that their biggest problem will rather be reaching their export market destinations in the short term than the problem of replacing components.

Having a strongly foreign trade dependent economy, Belarus has been hit hard by the Western sanctions, which have targeted most of the country’s largest export sectors. According to Belarus’ PM Roman Golovchenko, Belarus expects 30% of its exports to be held up by sanctions this year.

If people working in large (almost always) state-owned industries have to be laid off as the companies adjust their production to the new reality of reduced access to export routes, incomes will decrease considerably, and the unemployment rate will surge.

More probable, however, is that the Belarusian regime follows its usual path-dependent solution to these kinds of problems and continues to employ people and raises nominal salaries, while shelving production and waiting for the sanctions to either go away or for new logistical routes to open up.

This method keeps the population from believing that sanctions are having a considerable effect on the country’s economy as production, the unemployment level and nominal salaries are maintained. However, this can only be done through the expense of heavily exacerbating the inflation level, which will make the difference in real consumer spending between the different income groups in the country increase even more.

While state Belarusian news sources assert that consumer spending and retail turnover is rising across the country, one should be careful in taking this for solely being a sign of a prosperous economy, since short-term nominal salary increases which promote retail spending will drive up the inflation rate further.

Moreover, as bne IntelliNews has reported on previously, many Belarusians could be selling their foreign currency deposits in order to buy Belarusian rubles for consumer spending purposes. The spending increase can therefore be a sign of Belarusians becoming poorer due to inflation. With the results from this recent survey, this theory seems even more probable today, at least for 40% of the population.

Is Putin preparing to use Belarusian territory for another large-scale missile attack on Ukraine?

Belarus’ PM claims that fertiliser shipment problems will be solved soon
Belarus’ exiled opposition step up battle for relevance
Is Putin preparing to use Belarusian territory for another large-scale missile attack on Ukraine?

Russian inflation falls again to 14.9% in August, fears of a deflationary spiral grow
3 hours ago
FDI in Bosnia rose by 35% y/y in 2021
5 hours ago
Latvian unemployment rate at 6.6% in 2Q
1 day ago
Polish economy in much sharper downturn than expected, Q2 GDP data show
1 day ago
Russia’s EconMin seen as overly optimistic with another GDP upgrade
1 day ago