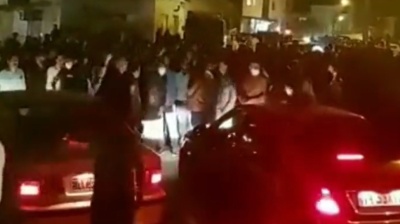 Unconfirmed reports referred to the deaths of at least four protesters as demonstrations over rising bread and other food prices continued to spread over parts of Iran at the weekend.

There were instances of protests turning political with crowds chanting for top leaders to resign. Sources in Tehran contacted by bne IntelliNews on May 15 said that protests to their knowledge had not occurred in the capital or in Iran’s larger cities.

Iranian authorities, meanwhile, stepped up internet disconnections across the country to limit communications between protest organisers and the spreading of publicity about the unrest.

The spark for the first protests came from a cut in state subsidies on food that caused price hikes as high as 300% for a variety of flour-based staples. The government also raised prices of some basic goods such as cooking oil and dairy products. In announcing a subsidies shake-up last week, President Ebrahim Raisi indicated that price rises would be covered by cash subsidies going to most of the population, pledging: “The prices of bread, medicine and petrol will not increase under any circumstances.” The system does not appear to be working out, at least in its early days.

Unverified footage on Twitter showed protests in dozens of provinces such as Ardabil, Khuzestan, Lorestan and Razavi Khorasan. Some state-affiliated media subsequently said calm had been restored in the country. However, protests continued on early May 15 in at least 40 cities and towns across Iran, according to more unverified videos posted on social media.

Iran's official news agency IRNA said on May 13 some shops were "set on fire in some cities", leading to police arresting scores of "provocateurs". Unconfirmed social media recordings showed people ransacking a supermarket in the Caspian Sea coastal city of Rasht as the price of pasta skyrocketed.

Semi-official ILNA news agency on May 14 quoted a lawmaker as saying one protester was killed in Dezful in the southwestern province of Khuzestan.

Iranian officials have placed part of the blame for price hikes on the smuggling of heavily subsidised flour into neighbouring Iraq and Afghanistan.