Russia may leave the WTO and WHO. In practice, it never really joined 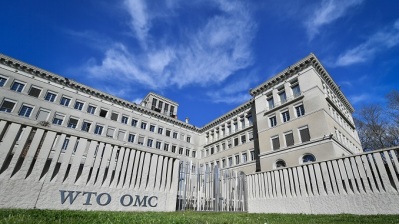 Russia's participation in the WTO has been lukewarm at best, with arguments over sanctions undermining efforts to reduce barriers to trade since 2014. / Image: bne IntelliNews.
By Theo Normanton May 20, 2022

Russia’s Ministry of Foreign Affairs has told Parliament to discuss the country’s future membership of a list of international organisations, including the World Trade Organisation and the World Health Organisation.

Pyotr Tolstoy, the Speaker of the State Duma, announced the discussions on Tuesday, saying that “Russia left the Council of Europe, now it’s the turn of the WTO and WHO, which have neglected all their obligations towards Russia,” (quotation from Interfax).

In practice, however, Russia has never really participated in the World Trade Organisation. It joined in 2012 at the culmination of a period of market liberalisation and moves towards greater integration with the West. In spite of the assertion by former WTO Director-General Pascal Lamy that Russia “will undoubtedly strengthen the multilateral trading system”, it ended up being a member of the organisation only in name.

In response to Russia’s annexation of Crimea in 2014, western nations introduced sanctions on Russia. The counter-sanctions adopted by Russia were decried by other members of the organisation as a breach of WTO rules. In particular, Russia was accused of obfuscating import tariffs and implementing restrictions on trade with Ukraine, Poland, Lithuania, Moldova and the US.

Russia, meanwhile, complained that western sanctions breached WTO rules. Ever since, Russia’s adherence to WTO standards has been questioned by other members of the organisation.

Fourteen western nations stripped Russia of its WTO trading privileges after the invasion of Ukraine. Regulations were re-introduced on some Russian goods and services in western markets as a result.

Russia left the Council of Europe, Europe’s leading human rights body, shortly after its invasion of Ukraine. The Council of Europe suspended Russia’s right of representation on 25 February. Shortly before a vote in which Russia was expelled from the organisation altogether, Russia’s Foreign Minister said it no longer wanted to participate in the Council of Europe anyway, a move widely viewed as an attempt to save face.

“Russia does not intend to put up with these subversive actions carried out by the collective West in line with the imposition of a ‘rules-based order’ to replace international law trampled by the United States and its satellites,” said the Russian Foreign Ministry.

“Russia will not participate in the transformation by Nato and the EU obediently following them of the oldest European organisation into another platform for incantations about Western superiority and narcissism. Let them enjoy communicating with each other, without Russia.”

Critics say that Russia’s poor human rights record demonstrated that it had never observed the rules of the Council of Europe. Freedom House rates Russia as “not free”.

Nonetheless, Moscow has been criticised for its sceptical attitude towards western vaccines, which is likely to have contributed to vaccine hesitancy in Russia overall. Russia has one of the highest mortality rates among European countries, but it is likely that the real number of deaths is much higher. A discrepancy between reported coronavirus (COVID-19) deaths and the number of excess deaths since the pandemic began pointing to manipulation of the figures.

The WHO and the WTO have both made moves towards excluding Russia since the invasion of Ukraine. Members of the World Health Organization's European region passed a resolution in May that could result in the closure of Russia's regional office and the suspension of meetings in Russia. The resolution said that the war in Ukraine was a “health emergency” due to mass casualties and the increased spread of infectious diseases.

Russia’s parliament already took measures to facilitate leaving the WTO in the event that Russia decides to do this. On 21 March, Parliament voted to adopt a law allowing Russia to leave the WTO. Russia says that the WTO should be taking action against the western nations that are introducing sanctions against it. Russia’s likely exit from both organisations will see it further isolated on the world stage.

US and Chinese slowdown will tip the world into recession, says IIF
New Putin decree could force foreign stakeholders out of Sakhalin-2 gas project
Russia threatens to sever diplomatic relations with Bulgaria over diplomat expulsions