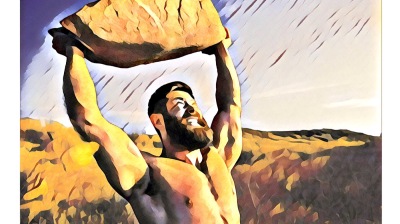 Ukraine's tax take only covers slightly less than two thirds of its spending. As money runs out the government is toying with the idea of restructuring its debt again / wiki
By Ben Aris in Berlin July 5, 2022

Ukrainian officials are exploring the possibility of restructuring the country's debt in the face of dwindling funds, Bloomberg reported on July 5, citing three people familiar with the talks.

Previously the government was adamant that it would not repeat the 2015 debt restructuring forced on the country during the economic crisis following the EuroMaidan revolution, also known as the Revolution of Dignity. Then Finance Minister Natalie Jaresko persuaded bond holders (excluding Russia) to delay demands for five years and offered GDP warrants in exchange that would pay out if the economy grew more than 3% a year and if the economy was bigger than $100bn. The warrants made their first payout last year, but since the economy is expected to contract by at least 35% this year, no more payouts are anticipated in the foreseeable future.

The war has put a huge strain on the economy. Ukraine's government budget has a roughly $5bn a month shortfall and could run into trouble if it doesn't get more help soon. Ukraine ran a fiscal deficit of over $4.5bn in May after tax collection collapsed due to the fighting.

The government’s tax revenues and other domestic sources of funding only cover 62% of the state’s current budget expenditures.

"We cover only about 62% of the state budget, and this does not take into account military expenditures. In addition to that, May’s inflation reached 18%," said Minister of Finance Serhiy Marchenko. “We received financial support from the EU and Western partners at the beginning of the war, but this was not enough to cover all of the costs. We already have financial aid agreements with partners but obtaining this support takes time.”

As Vitaliy Vavryshchuk, head of macro research at ICU in Kyiv, wrote in a comment for bne IntelliNews, the idea of revisiting the idea of restructuring Ukraine’s external debt has been discussed for several months already.

The IMF might offer some respite and its staff have been engaged with the Ukrainian authorities since the start of the war, Bloomberg reports.

Among the options on the table is “consent solicitation,” where bond holders voluntarily agree to change the terms of payment, delaying the payments. Another option includes using Russia’s frozen assets as collateral, although that would be a legal minefield.

Currently the circa $300bn of cash frozen by the EU at the start of the war technically remains the property of the Central Bank of Russia (CBR). Governments cannot legally seize the assets of another country on their territory unless those countries are formally at war. As the West has gone out of its way to avoid declaring war on Russia, seizing the CBR funds is legally difficult.

If Ukraine defaults on its debt then that opens up the possibility of the bond holders taking the case to court, which can legally seize part of the CBR’s money, if it can be shown that Russia is to blame for the default. But that too would at the minimum be a difficult and very lengthy process. At the same time, Ukraine would have gone into default in the meantime, something the government wants to avoid at all costs.

Ukraine’s partners have promised to come up with more cash so that Kyiv can avoid a default. In early March the IMF approved a $1.4bn emergency loan for Ukraine, cancelling the nation’s existing stand-by arrangement with the fund, which had $2.2bn remaining to pay out.

Likewise, the G7 has offered an aid package worth $19.8bn, which includes $7.5bn budget support from the US and also covers the commitments and earlier disbursements from the IMF and the World Bank. Grants reportedly will account for about $8.5bn of total aid from the G7.

And the EU has promised to help with macro-financial assistance within the framework of the new programme for Ukraine. The first payment will be provided immediately after ratification by the European Parliament and national parliaments, before the summer vacation. According to Executive VP of the European Commission Valdis Dombrovskis, the first stage is worth €1bn from a total of €9bn.

But even adding up all these promises, they still fall short of the $39bn budget shortfall that is expected this year, according to the IMF’s calculations.

Bond investors are nervous and clearly expect a restructuring. The value of Ukraine’s Eurobonds has fallen sharply in recent weeks and these are currently trading at a 40% discount to par. At the start of July, Ukrainian Eurobonds rose by an average of 1.7%, but overall, they lost 8.1% in value in the first week of the month.

Among the dollar-denominated Eurobonds, the shortest papers maturing in September this year fell the most in price – by 13.5%, to 54.4% of their face value.

The bonds due in September trade with more than 40% discount to their face value, according to data compiled by Bloomberg.

Eurobonds (excluding the $3.0bn Eurobond sold to Russia during Viktor Yanukovych’s presidency) made up just 20% of Ukraine’s total public debt in April, and their share may decrease to about 15% at the end of 2022.

“A hypothetical 20% haircut on Eurobonds (same as applied in 2015) would imply a reduction in debt-to-GDP ratio by 3pp. However, such a reduction is in no way a game-changer in terms of debt load,” Vavryshchuk said in his op-ed.