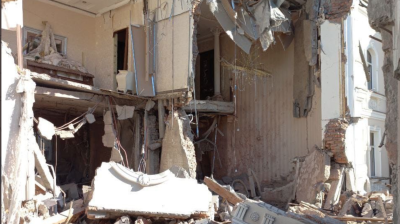 By Dominic Culverwell in Berlin August 2, 2022

One of Ukraine’s wealthiest men, Oleksiy Vadaturskyi, and his wife, Rayisa Vadaturska, were killed after a Russian strike hit their bedroom in the southern port city of Mykolaiv on July 31.

Vadaturskyi held the title of Hero of Ukraine since 2007 due to his business Nibulon, which is Ukraine’s largest grain company and one of the largest employers in South Ukraine. Around eight Russian missiles hit the businessman’s house, specifically his bedroom, which has led to accusations that the attack was a targeted assassination, NV Ukraine reported.

“In my opinion, the death of Oleksiy Vadaturskyi was not an accident, but a well-thought-out and organised deliberate murder,” Ukrainian presidential advisor Mykhailo Podolyak said on Telegram. 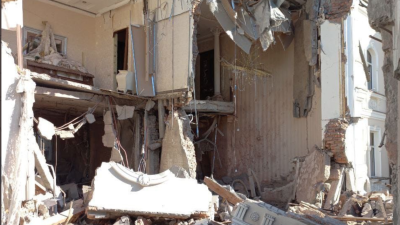 Russian shelling devastated Mykolaiv over the weekend in one of the worst attacks the city has faced, destroying civilian infrastructure, including a hospital. With the increasing intensity of attacks on the strategically important port city, Hanna Zamazeyeva, head of the Mykolaiv Oblast Council, called Mykolaiv the “second Mariupol”.

Responding to the shelling and the killing of Vadaturskyi, Ukrainian President Volodymyr Zelenskiy called on Ukrainians to "to hold on in the south, in the east and everywhere". He praised Vadaturskyi and Nibulon as guarantors of “the world’s food security”.

Nibulon, founded in 1991, is headquartered in Mykolaiv. The company transformed Ukraine’s dilapidated river transportation and developed the infrastructure of the Dnipro River. With over 27 transshipment terminals, which can store more than 2mn tonnes of grain, and 80,000 hectares of farmland, Nibulon is one of the most important companies in Ukraine and in 2021 shipped over 5mn tonnes of agricultural products to 38 countries, the Kyiv Independent reported.

However, since the full-scale Russian invasion and the occupation of the neighbouring Kherson region, Nibulon has taken a major hit. Russian forces have stolen from the company’s granaries and damaged its infrastructure, including grain elevators.

Moreover, many have seen the killing of Vadaturskyi as another ploy by Russia to gain further control over Ukraine’s battered agricultural industry. Moscow has blocked Ukraine’s Black Sea ports for months, trapping around 25mn tonnes of grain in the country, mined and incinerated fields, and stolen agricultural products from the occupied territories.

After months of negotiations, Kyiv and Moscow signed the “Black Sea Agreement” in Istanbul on July 22 with Vadaturskyi participating in the ground-breaking talks that allow the resumption of grain exports. Some have speculated that the businessman’s death was linked to his role in freeing Ukrainian grain, and he had been due to travel to Turkey on the evening of his death, the Odesa Journal reported.

"I believe that this is a planned assassination, linked to the food crisis that Russia is trying to create around the world," Hannah Zamazeyeva said, according to the Kyiv Independent.

The deal will ensure that Ukrainian grain is safely transported through the Black Sea and will be organised by a control centre in Istanbul consisting of UN, Turkish, Russian and Ukrainian officials. According to UN Secretary-General Antony Guterres, the deal allows significant food exports from three key Ukrainian ports: Odesa, Chernomorsk and Yuzhny, and will be valid for 120 days, but is renewable.

However, a missile strike on Odesa the following day confirmed fears that peace is still a long way off and Moscow will continue to wreak havoc on Ukraine’s agricultural industry, which has suffered an estimated $4.3bn of damage. Ukraine’s harvest this year is expected to fall to half of 2021 levels, although the deal is predicted to bring in an extra $1bn a month in grain exports.

The killing of Vadaturskyi has led to increasing pressure on the West to recognise Russia as a state that sponsors terrorism. This comes after Ukrainian President Volodymyr Zelenskiy condemned the killing of over 50 Ukrainian POWs last week as a “deliberate Russian war crime, a deliberate mass killing of Ukrainian prisoners of war."

Hungary secures increase in Russian gas supply
Russian GDP contracted by 4% y/y in the second quarter of 2022
ASH: The West is short-changing Ukraine
Read in IntelliNews Pro
Get IntelliNews Pro