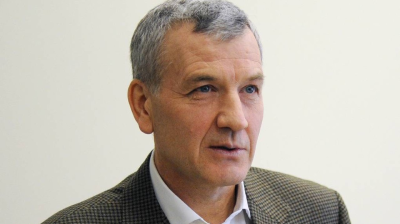 Russia's largest car dealer Rolf of Sergei Petrov has been sold to rival KlyuchAvto for an undisclosed amount, The Bell wrote citing the announcement of Alfa Bank that will finance the deal. Unnamed sources value the deal at $400mn-$500mn, which is at least three times less than Petrov had initially planned to cash in from selling the company.

Petrov had criminal charges brought against him and the top management of his company in 2019 and since then has been looking to sell up. The story was closely followed by bne IntelliNews as an example of how dangerous it is to be successful in Russia overshadowed by potential criminal charges and corporate raiding.

One of Russia’s oldest car dealerships, the company was set up by former taxi driver Petrov in the early 90s. Petrov built the company up from nothing by doing honest business and offering value for money at a time when the car sales and import business was highly corrupt, he told bne IntelliNews in an exclusive interview “Sergei Petrov – Russia's billionaire car salesman”. The company was called Rolf to emphasis its foreignness as Rolf is never used as a name in Russia.

Petrov also set Rolf Leasing, which was successfully spun off and sold to Baring Vostok fund and Delta Leasing in 2004 to become the leading Rusisan leasing player Europlan.

The buyer of Rolf is the car dealer KlychAvto, was started in the southern Krasnodar region in 2001 by Viktor Sergeev as an exclusive Mercredes dealership and quickly become one of the largest players on the market (fifth-largest with revenues of RUB110bn ($1.49bn) in 2020 versus Rolf's leading RUB258bn).

KlychAvto has actively expanded in other regions, in 2020 alone acquiring one of the largest Siberian dealers Eurasia Motors and St Petersburg assets of Inchcape dealer, The Bell reminds.

Petrov commented to The Forbes that after the sale a "very attractive company" will be formed with a turnover of close to RUB500bn and an initial public offering potential (IPO) will be held. To remind, Petrov himself was considering an IPO of Rolf for at least three times the value he got from the sale.

He said that he will reinvest the proceeds in an industry where "one could [freely] do business, rather than fence off absurd accusations".

The Bell reminds that the legal experts saw accusations against Petrov as absurd, with the criminal case based on a simple currency transaction with offshore subsidiaries. The case was linked to corporate raiding and Petrov's political activity as part of Just Russia.