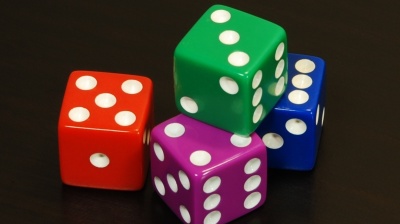 Will the numbers come up for any of Saxo's mind-boggling predictions?
By Daniel Rad December 3, 2019

Denmark’s Saxo Bank on December 3 put out its “Outrageous Predictions” report for 2020.

Looking at both politics and economics, the report from the investment bank annually makes several wild predictions seen as at the extremes of what could possibly happen in the year ahead.

Among the suggested sensational scenarios are:

Iran gets an escape route with Chinese money

Large-scale changes await Asia’s banking sector, with China, tired of America’s “trade wars”, along with Iran and Russia, on the verge of creating a new currency. Called the Asian Drawing Right (ADR), it is the first real alternative to the mighty dollar that has been crushing their economies.

“The ADR is driven by blockchain technology, and regional central bank reserves are powered up with quantities of this reserve currency—equivalent to a combination of existing gold reserves, current non-US dollar FX reserves, GDP size and trade volumes. As a reserve asset, the ADR is not tradeable by the general public, but represents a basket of currencies and gold, with the Chinese renminbi heavily prominent in the mix and the US dollar weighted at below 20%.”

It is expected that Russia, Iran, as well as other countries persistently subject to Western sanctions, would immediately switch to the new currency and begin to pay in ADR for oil transactions.

“The move is clearly aimed at de-dollarising regional trade and local economies multilaterally agree to begin conducting all trade in the region in ADRs only, with major oil exporters Russia and the OPEC nations happy to sign up on their growing reliance on the Asian market.”

“The redenomination of a sizable chunk of global trade away from the US dollar leaves the US ever shorter of the inflows needed to fund its twin deficits. The USD weakens 20% versus the ADR within months and 30% against gold, taking spot gold well beyond USD 2,000 per ounce in 2020.”

The Russian economy will be especially successful in moving beyond its weak standing in recent months and years.

Moscow will agree with OPEC to reduce oil production, allowing Brent crude to return to the pre-crisis levels of $90 per barrel, thus filling the coffers of the Kremlin and Persian Gulf states once more.

Staunch right-wing politician Viktor Orban could force Hungary out the back door of the EU.

Despite the booming economy that the central European country has enjoyed inside the EU for 15 years, the relationship appears to be in big trouble following the bloc’s initiating of an Article 7 procedure against Hungary, citing its increasing restrictions on free media, judges, academics, minorities and rights groups.

“The pushback from Hungary’s leadership is that the country is only protecting itself: mainly protecting its culture from mass immigration. Plus, they maintain that it has a right to decide for itself. But an open economy with insular governance, immigration and press rules? It’s an unsustainable status quo, and the two sides will find it tough to reconcile in 2020 as the Article 7 procedure moves slowly through the EU system.”

Hungary is seen as cosying up with fellow eternal outsider Turkey as a “blood brother” as opposed to being a fully-fledged member of the 28-member bloc which Ankara appears to have no hope of joining in the foreseeable future.

“That this change of tone coincides with EU transfers all but disappearing over the next two years is hardly surprising. But it will leave Hungary’s currency, the forint (HUF), on the back foot and take it to a new, much weaker level of 375 in EUR/HUF terms as the markets fear the disengagement or reversal of capital flows as EU companies reconsider their investments in Hungary.”

Trump booted out in Dem landslide

A significant change for the United States occurs with the thrashing of incumbent President Donald Trump in the November 2020 election as the Democrats sweep back into power.

However, the new president is not Joe Biden, presently still considered the hot bet, but female presidential candidate and economics professor Elizabeth Warren.

“We believe that elections are lost far more than they are won. In 2016, the uninspiring, unpopular avatar of the Democratic elite establishment, Hillary Clinton, failed to motivate many on the left to even show up at the polls and lost the election to a fired-up mass of Trump voters who wanted to overturn the system.”

This time, it is not Trump’s fans that will decide the contest for the White House. It is the vast swathes of people turned off by his discourse and actions over the past four years—not least so-called millennials who are more liberal in general and make up a growing proportion of the decisive part of the electorate.

“The Democrats win the popular vote by over 20 million, grow their control of the House, and even narrowly take the Senate. Healthcare is the single sector that is in for a strong headwind from a clean Democratic sweep in the election, as Medicare for all and negotiations for drug pricing bring a massive haircut to the industry’s profitability.”

DATACRUNCH: the bne car ownership/age index
12 hours ago
Money laundering pushes up property prices in Western Balkan cities
1 day ago
LONG READ: The first thing the emerging middle classes of New Europe do is buy a better car
2 days ago
Russia’s oil and gas reserves will last for another 59 and 103 years respectively, says natural resources minister
2 days ago
Mongolia’s apocalyptic sandstorms
4 days ago