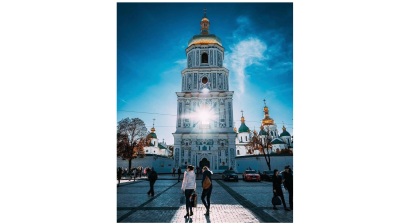 Ukraine would like to join the Western powers in condemning China's abuse of the Uighur and Belarus' repression, but it simply cannot afford to, as it is dependent on both countries' trade.
By Ben Aris in Berlin June 28, 2021

The cash-strapped government of Ukraine has kept out of the international condemnation of China’s treatment of the Uighur and the latest round of sanctions on Belarus because of its trade dependency on both countries.

China put pressure Kyiv into withdrawing its support for more scrutiny of human rights abuses against the Uighur ethnic minority in the Chinese western region of Xinjiang. China has been accused of running people labour camps and forced “re-education” against the minority group.

Beijing reportedly threatened to withhold deliveries of its coronavirus (COVID-19) vaccine if Kyiv added its name to the international list of countries that have publically condemned China’s human rights abuse of the Uighur.

Ukraine briefly added its name to a list of 40 countries that have condemned China at the Human Rights Council in Geneva on June 22, calling on China to allow international observers access to the region to assess the situation.

However, two days later Ukraine withdrew its support after Chinese authorities warned that this would hold up the delivery of 500,000 doses of its vaccine, according to two Western diplomatic sources cited by AP.

After rejecting the Russian-made Sputnik vaccine and unable to source Western-made vaccines which have been hoarded by their manufacturers in the West for almost exclusive Western use, Ukraine has been forced to turn to India and China for desperately needed vaccine supply. Ukraine has one of the lowest inoculation rates in Europe due to its vaccine supply problems.

At the same time, after a very slow start, relations with China have expanded rapidly in the last few years, which has become Ukraine’s most important trade partner.

Ukraine’s exports to the EU have increased by more than one third – or $2.7bn – so far this year, Prime Minister Shmyhal announced in June at a Cabinet meeting. However, China-Ukraine trade has also grown by one third during the first quarter year on year, but is already twice the level of trade with the EU at $4.2bn, the Economy Ministry press office reported in June after Ministry officials met with China’s ambassador to Ukraine, Fan Xianrong.

Trade Representative Taras Kachka said: “The Chinese side is interested in increasing supplies of Ukrainian soybeans, peas, barley, wheat, poultry and other products.” Ukraine’s State Consumer Service has said it is working to increase exports to China of Ukrainian chicken, flour, fish, eggs, apples, blueberries, and cherries. Ukraine is already the top supplier to China of wheat, sunflower oil and sunflower meal.

Ukraine’s trade with China, its largest trading partner, jumped by half (48%) to $7.4bn during the first five months of this year, compared to January-May last year, Fan Xiangong said.

More recently, China has begun to look at broadening its investments in Ukraine to include large infrastructure projects and other key deals. Ukraine attracted only $360mn of FDI in 2020 from other countries, including the EU, although it says it wants to expand this number ten-fold over the next five years.

While Kyiv has publically supported the EU sanctions on Belarus after it forced a commercial Ryanair flight to land in Minsk and arrested top opposition blogger Roman Protasevich on May 23, Kyiv has not signed on to the trade restrictions that Brussels introduced last week.

Ukraine has banned the Belarusian national carrier Belavia from using Ukraine’s airspace, but it has not joined the EU in sanctioning many of the sectorial sanctions that would block exports of fertiliser and refined oil products in particular due to its dependency on these products.

At the same time, Ukraine imported over $1.25bn worth Belarusian petrochemicals from Belarus in 2020, much of its fertiliser, which is a crucial input to several industries.

Ukraine has also shied away from banning the imports of Belarus’ refined oil products and has already been suffering from a lack of diesel fuel after Belarus’ production dropped because Russian oil majors cut supplies of crude to Belarus refineries last year. Ukraine is almost entirely dependent on Belarus for supplies of diesel.

And despite promising to cut import of power from Belarus, Ukraine actually imported more power from Belarus in the first quarter of this year than in all of 2020 due to a shortage of coal that stymied production of more power domestically that was made worse by an unusually long and cold winter.

Currently Ukraine has banned imports from Belarus during the summer months until October in what is a largely symbolic gesture, but is widely expected to resume imports as the winter sets in, as it remains unable to produce enough power domestically to meet demand.