Turkey’s Armenia, Azerbaijan conflict role should be to “keep itself as far away as possible” says Armenian diplomat as military exercises are announced 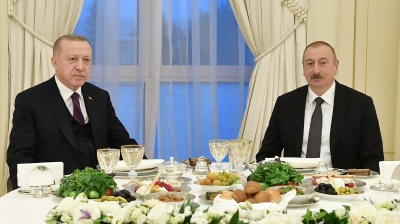 The role that Turkey is playing as a bellicose ally of Azerbaijan following Baku’s latest military skirmishes with Armenia was in the spotlight on July 27.

Pro-government Turkish newspaper Daily Sabah reported the Azerbaijani defence ministry as saying that Ankara and Baku are going to launch large-scale military exercises as part of their Agreement on Military Cooperation.

The Kremlin, meanwhile, said on July 27 that Russian President Vladimir Putin and Turkish counterpart Recep Tayyip Erdogan discussed by phone the intensified military conflict on the border between Armenia and Azerbaijan. “Readiness was expressed to coordinate efforts for stabilisation in the region,” the Kremlin stated.

Putin said last week that the conflict between Azerbaijan and Armenia was a highly sensitive matter for Russia.

An attack on the nature of Turkey’s backing of Azerbaijan was launched by the Armenian ambassador to the Netherlands, Tigran Balayan, Public Radio of Armenia reported on July 27, referring to an interview the diplomat gave to Hetzel Media.

Balayan reportedly said: “[The] Turkish role is particularly concerning, because we have been observing a very destabilising role of Turkey in its other neighbourhoods—the eastern Mediterranean, North Africa, the Middle East. Now what we are observing is an attempt to export this factor of instability in our region, in the South Caucasus.

“The only role Turkey can play in this conflict is to keep itself as far away as possible. Turkish unilateral, unconditional political, economic and military support of Azerbaijan’s bellicose stance is only complicating the situation.”

CAUCASUS BLOG : What can Biden offer the Caucasus and Stans, all but forgotten about by Trump?
LONG READ: The oligarch problem
COVID-19 and Trump’s indifference helped human rights abusers in 2020