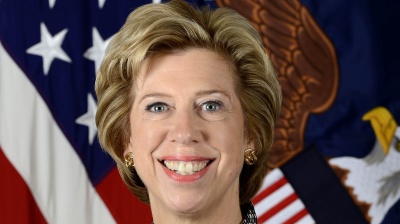 US under secretary of defence Ellen Lord said the US is spending between $500mn and $600mn to shift Turkish parts of the F-35 supply chain.
By bne IntelliNews July 17, 2019

Ankara in the early hours of July 18 hit out at a US announcement that it was removing Turkey from the F-35 stealth fighter jet programme over its purchase of Russian S-400 advanced missile defence systems.

The move was not based on a legitimate reason and does not suit ally spirit, the Turkish foreign ministry said. In a statement, the ministry called on the US to return from what it described as a mistake, saying it would harm strategic ties between the two Nato allies.

The first parts of the S-400s bought by Turkey were flown to the Murted military air base northwest of Ankara on July 12. The deliveries sealed Turkey’s deal with Russia which Washington had for months struggled to prevent, saying the S-400s could be used to obtain F-35 performance data.

“The United States is spending between $500 and $600 million in non-recurring engineering in order to shift the supply chain,” she added.

"Cannot coexist with Russian intelligence collection platform"
Earlier, the White House said in a statement on the threat S-400s could pose to the world’s most expensive and advanced fighter jet: “The F-35 cannot coexist with a Russian intelligence collection platform that will be used to learn about its advanced capabilities.”

As part of its role in the F-35 development programme, Turkey was assigned to run a maintenance depot for the F-35s of Nato member countries including the UK.

In further comments, Lord said Turkey makes more than 900 parts of the F-35, adding that the supply chain would transition from Turkish to mainly US factories as Turkish suppliers are removed. “Turkey will certainly and regrettably lose jobs and future economic opportunities from this decision,” she said. “It will no longer receive more than $9 billion in projected work share related to the F-35 over the life of the programme,” she added.

Turkey will now not be able to acquire the 100 F-35s it had agreed to purchase. “These would likely have been delivered at an annual rate of 8-12 aircraft/year through the 2020s,” Byron Callan an analyst at Capital Alpha Partners said in a research note on July 17.

Iranian airliner skids on to city highway from runway

Latest of string of aviation incidents in Iran again raises questions over condition of country’s aircraft fleets in face of US sanctions that make parts difficult to source.

The decision by China Eastern Airlines comes amid a deepening rift between the authorities in the Czech Republic and in China.

Rail links have become a priority after US officials brokered another deal earlier in the week to restore air traffic between the two countries after 21 years.