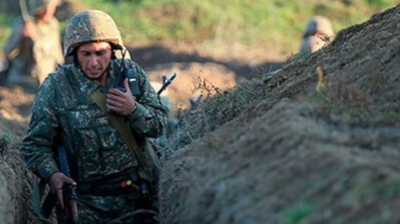 The second attempt at a humanitarian ceasefire endured a difficult second day as both sides accused the other of shelling.
By bne IntelIiNews October 20, 2020

The foreign ministers of Azerbaijan and Armenia are scheduled to separately meet with US Secretary of State Mike Pompeo in Washington, DC on October 23, Politico reported on October 19.

The media outlet said it was not clear whether the envoys would meet with each other or whether US officials would try to convene a trilateral session. But their same-day visit was said to signal that the US is deepening its efforts to tamp down the resurgent conflict over Nagorno-Karabakh, which has killed hundreds and possibly thousands of combatants and civilians since September 27.

The visits will also offer the Trump administration a chance to demonstrate an attempt at global leadership just days before President Donald Trump faces his reelection test.

According to US government documents seen by Politico, Azerbaijan Foreign Minister Jeyhun Bayramov will meet first with Pompeo on the morning of October 23. His Armenian counterpart, Zohrab Mnatsakanyan, will meet shortly afterward with the US’ top diplomat.

Azerbaijan’s ambassador to the US, Elin Suleymanov, was cited as saying that the the possibility of an encounter between the Armenian and Azerbaijan ministers during their Washington stay was not ruled out. Ideally, he was quoted as saying, the two countries can resume meaningful negotiations soon. “We want a substantive conversation,” he stressed.

Armenia’s ambassador in Washington, Varuzhan Nersesyan, praised Pompeo for recently criticising Turkey over its support for Azerbaijan during the conflict.

“We now have the Turks, who have stepped in and provided resources to Azerbaijan, increasing the risk, increasing the firepower that’s taking place in this historic fight,” Pompeo told an Atlanta radio station.

“The resolution of that conflict ought to be done through negotiation and peaceful discussions, not through armed conflict,“ Pompeo added, “and certainly not with third party countries coming in to lend their firepower to what is already a powder keg of a situation.”

October 19 saw Armenia and Azerbaijan accuse each other of further shelling that breached their second attempt at a humanitarian ceasefire for the exchange of prisoners and the collecting of the dead, which took effect at midnight on October 17.

The United Nations Security Council was set to hold closed consultations on the situation at a meeting on October 19 after UN chief Antonio Guterres called on both sides to respect the truce and condemned attacks on civilians in the fighting.

Azerbaijan’s President Ilham Aliyev said on October 19 that Azerbaijani forces had taken control of 13 villages in the Cabrayil region near the Iranian border. The previous day he announced the capture of the 11th-century Khudaferin bridge over the Aras River between Azerbaijan and Iran.

The fighting is said to have displaced around half of Nagorno-Karabakh’s population of 150,000.

Internationally recognised as part of mainly Muslim Azerbaijan, the mountainous Nagorno-Karabakh territory has been controlled by mainly Christian ethnic Armenians, backed by Yerevan, since a six-year war over the territory came to an end in 1994.

In Karabakh deal, as many questions as answers
Protesters flood Yerevan demanding Armenia’s “traitor” PM quit over Nagorno-Karabakh surrender
Who emerge as the real winners from the bloody Nagorno-Karabakh conflict?