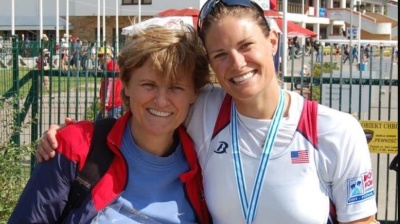 Sixty-five-year-old Katalin Kariko, the senior vice president at BioNTech, left Hungary in 1985 with a few hundred dollars in her pocket after being fired from her first workplace. With fellow researchers in the US, she discovered the importance of mRNA, which serves as the basis for ongoing COVID-19 vaccine developments. She is listed as one of the potential candidates for the Nobel Prize.

Kariko grew up in Kisujszallas, a rural town of 12,000 in the centre of the Great Plain. Her home town is not far from the UNESCO World Heritage Site Hortobagy Puszta, known for its beautiful natural landscape and exceptional horsemen, the blue-clad "Hungarian cowboys".

She graduated in biology from the University of Szeged. As a young researcher, she received an academic scholarship and her first assignment at the Biological Research Centre of the Hungarian Academy of Sciences was about the synthesis of an antiviral molecule.

Her first job was in Szeged, the southern Hungarian town near the Serbian border, where Albert Szent-Gyorgyi first isolated vitamin C from parika (Capsicum annuum), which earned him the Nobel Prize in 1937.

After earning her PhD, Kariko continued her research and postdoctoral studies at the Institute of Biochemistry in Hungary.

In 1985, on her 30th birthday, she received the pink slip after the research institute cut costs and reduced staff.

In the same year, she decided to leave Hungary for good with her daughter, buying a one-way ticket to the United States. They had no family or friends in the country.

Kariko recalls that she had collected all the foreign currency she could, $50 for each family member. Knowing this would not be enough to start a new life, the family sold their popular Russian-made Lada car. Then they exchanged the money on the black market and sewed it into a teddy bear then boarded a plane to the United States.

She had applied for scholarships in Western Europe but without success. She began work for the Temple University Department of Biochemistry.

In 1989, she moved on to the University of Pennsylvania (UPenn), where she had spent the next 24 years doing research.

As a young a biochemical researcher, she discovered the importance of mRNA. The researcher explained the principle of mRNA-based technology in an interview with Magyar Nemzet as follows:

"My first mRNA application was rejected, but I was not discouraged as the results got better and better over time. In 1997, Drew Weissman received a job as an immunologist at UPenn. He wanted to make an HIV vaccine. He tried DNA, but it didn't work. I brought up my mRNA research to him, and we started working together. To our surprise, the synthesised mRNAs activated immune cells. At the time, it seemed that such mRNA might be ideal for a vaccine, but I wanted to use mRNA for therapy.  Finally, I replaced one of the four building blocks of mRNA, uridine, with its modified version, pseudouridine, which is often found in the RNA of our cells, and Drew showed that such mRNA is silent, that is, it does not activate immune cells. To our surprise, such a silent mRNA worked better in a vaccine," she said.

The university has patented the method which came to be called Karinko-Weissman after the two researchers, and serves as the basis for the development of many COVID-19 vaccines.

Two of the world’s leading biotechnology companies, BioNTech and Moderna, acquired the patent rights from a third company after university sold the right of use. German BioNTech offered Karinko a job in 2013. She now is deputy VP of the company that employs 1,500 and teamed up with Pfizer to develop the world's first COVID-19 vaccine.

Karinko recalled to Magyar Nemzet that her mother used to follow the news attentively in the weeks prior to the announcement of the Nobel Prize candidates.

She would always say that one day my girl will get it, Kariko said. But then she told her that "mum, I couldn't even get a scholarship, let alone a Nobel Prize!"

"I haven't thought about it since the important thing for me is that as many people get vaccinated as possible," she emphasised

In the scientific world Kariko is now considered to be a favourite candidate for the Nobel Prize for her groundbreaking work behind the development of the vaccine.

Hungarians have won 13 Nobel Prizes since 1905, which puts the country of 9.8mn 13th globally in terms of Nobel laureates per capita and ninth when countries with at least 10 Nobel laureates are counted.

The brain drain of Hungarian scientists is particularly evident as 11 of the 13 received the distinction as nationals of other countries and only two of them when living in Hungary, including writer Imre Kertesz and Albert Szent-Gyorgyi.

Kariko would be the 12th Hungarian to earn the coveted prize abroad.

Tajikistan: Writing for the president is on the wall (and then scrubbed off)

Predictions of an imminent revolt may be wishful thinking.

PM Boyko Borissov indicated plans for the new Belene nuclear power plant will be dropped and the equipment purchased used to expand the existing Kozloduy NPP.

The country won the Nagorno-Karabakh war, but can it win the peace? Crisis-hit 2020 looks to have taken 5% off Azerbaijani GDP. For now the path is clear to growth this year of around 2%.

Russians took to the streets this weekend in over 100 cities in support of jailed opposition leader Alexei Navalny and to protest against Putin’s two-decade-long rule.

A tumultuous start to the year brought the resignation of the cabinet amid a coronavirus scandal, but the economy should show good growth this year.

Tajikistan: Writing for the president is on the wall (and then scrubbed off)
4 hours ago
Bulgaria’s latest nuclear u-turn
7 hours ago
OUTLOOK 2021 Azerbaijan
1 day ago
INTERVIEW: “The weekend’s protests were the Russian people's, not the opposition’s” – Maxim Reznik
1 day ago
OUTLOOK 2021 Mongolia
1 day ago