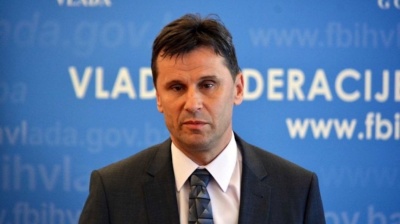 Fadil Novalic, the prime minister of Bosnia & Herzegovina’s Muslim-Croat Federation, has been detained for questioning by the State Investigation and Protection Agency (SIPA) regarding the import of medical ventilators from China that were useless for patients with the novel coronavirus (COVID-19), his party, the Party of Democratic Action (SDA), said in a statement on May 29.

The scandal broke after police revealed that the ventilators, which were imported for €5mn, do not meet even the minimum standards for adequate treatment.

According to the SDA, Novalic was detained in the evening of May 28 along with Fahrudin Solak, the head of the civil defence body. Klix.ba reported Fikret Hodzic, the manager of the fruit processing firm which procured the ventilators, was also questioned as part of a criminal probe into the procurement.

The three are officially suspected of forming a criminal group for money laundering, fraud, embezzlement of state funds and bribery, according to Klix.ba.

Jelka Milicevic, the Federation’s finance minister was also interrogated by the investigators, but she was not arrested.

SIPA has not issued an official statement on the arrests.

The SDA claimed the arrest of Novalic is harming the credibility of the investigation and raising a lot of questions. The party claims that the prosecution acted with the intention to harm the SDA’s credibility as a member of Bosnia’s main Croat party, the Croatian Democratic Union (HDZ), was not arrested despite being directly involved in importing the ventilators.

“This is a well planned and coordinated action with all elements of state coup with the only aim to eliminate the prime minister and SDA, respectively the Bosniak factor and HDZ to take over the control within the government and over the life of people in the Federation,” the SDA said in a statement.

The leader of the Bosniak Union for a Better Future (SBB) Fahrudin Radoncic, who is also security minister, said that the prosecution should be left to do its job and that, unless proven otherwise, he does not believe Novalic was guilty.

The investigation was launched earlier in May as Silver Raspberry, a fruit processing firm that has no licence to import medical equipment, was granted a €5mn deal to import the ventilators from China.

The company was granted a licence to import the medical equipment a few days before the first 80 of 100 ventilators arrived.

The company’s owner, Fikret Hodzic, said as quoted by local media that his company has done nothing wrong and imported the ventilators as a humanitarian mission when the coronavirus crisis was still unfolding in the country.