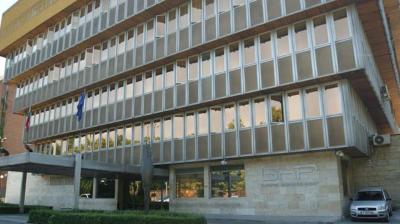 The decision to take prominent broadcaster Silvia Velikova off the air caused a storm in Bulgaria as it was seen as yet another attempt to silence journalists critical of those in power and led to the first five-hour silencing of the public broadcaster Bulgarian National Radio (BNR) in history on September 13.

Bulgaria, which has the least free media in the EU and is also far behind the Western Balkans in terms of press freedom according to Reporters Without Borders, has faced an increasing number of removals of independent and investigative journalists in the past two years.

Velikova, known for her critical attitude towards the judicial system, was suspended on September 12, and BNR’s management claimed it was because she has breached labour legislation when appealing to Bulgarians to join a protest against the highly controversial nomination of deputy chief prosecutor Ivan Geshev to head the prosecution.

According to Velikova, who is also a presenter of BNR's morning broadcast, she was suspended for being critical of Geshev and the prosecution, local media reported.

Following her suspension, BNR announced it would not broadcast for five hours on September 13 due to technical maintenance. However, BNR journalists, quoted by news outlet Dnevnik, said that the true reason for BNR’s shutdown was that no one has agreed to replace Velikova.

Although Velikova was reinstated on air later on September 12, dozens of journalists went out to protest in support of media freedom on September 13.

The Association of European Journalists (AEJ) in Bulgaria issued a critical statement, saying that it was following with concern “the coup that has been made in the journalistic profession in recent years, and is now gaining a vulgar dimension”.

It noted that the suspension of Velikova was yet another silencing of critical voices as part of the “creeping replacement that is taking place in the Bulgarian media environment”.

“AEJ is asking: was Silvia Velikova suspended because of the objective coverage of the judicial topic and her refusal to take part in the laudatory choir [supporting] the sole candidate for chief prosecutor Ivan Geshev,” the NGO wrote.

In another statement, it asked who had decided to suspend the broadcasting of the most listened to radio station at the most listened hours, and whether this had been coordinated with the respective state institutions.

Meanwhile, the chief prosecutor Sotir Tsatsarov ordered an investigation into the BNR suspension, saying the broadcaster is an object of national strategic significance and stopping broadcasting is a risk to national security.

The investigation would be carried out by the State Agency for National Security (DANS), the Council for Electronic Media and the Communications Regulatory Commission under the direct supervision of Geshev – a decision that was seen as ironic and even outrageous by some Bulgarians as Velikova was suspended due to her criticisms of Geshev.

Following the scandal, BNR’s acting director general Nikolay Krastev resigned, taking responsibility for BNR’s suspension and claiming it was due to a lack of administrative experience.