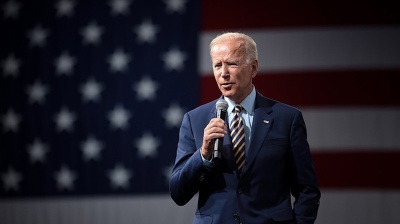 Political leaders from much of the Central and Southeast Europe region rushed to congratulate the new US president-elect Joe Biden on November 7.

After days of anxious waiting — in the US and worldwide — while the vote count continued in several critical swing states, the result was finally called for Biden on November 7 when he secured victory in the state of Pennsylvania.

Many of the formal statements and social media posts by politicians from the region highlighted the importance they place on maintaining good trade and security relations with the world’s largest economy and an important geo-strategic player in the countries on Russia’s western flank.

“Congratulations to president-elect @JoeBiden on his victory. I look forward to further consolidating our solid&dynamic #StrategicPartnership in all its dimensions. Romania will continue to work to strengthen the security, prosperity & resilience of our transatlantic community,” tweeted Klaus Iohannis, president of Romania, a staunch ally of the US in the Southeast Europe region.

“I heartily congratulate Joe Biden on being elected as the next president of the United States of America. Looking forward to all-round and friendly cooperation. It is important for the Czech Republic that the new president actively approaches allied commitments to Nato and seeks to conclude a trade agreement with the EU,” wrote Czech Prime Minister Andrej Babis on his Facebook page.

Less predictably, Poland’s President Andrzej Duda was one of the first to congratulate Biden from the region, writing on Twitter:

“Congratulations to @JoeBiden for a successful presidential campaign. As we await the nomination by the Electoral College, Poland is determined to upkeep high-level and high-quality PL-US strategic partnership for an even stronger alliance.”

The congratulatory message for Biden came despite his rival, the US incumbent President Donald Trump, having helped Duda to re-election in June when he hosted the Polish president just days before the presidential vote in Poland.

Duda and the Law and Justice (PiS)-led government in Warsaw, along with the right-wing government led by Hungarian Prime Minister Viktor Orban in Budapest, would have been expected to gain confidence from a Trump victory. Conversely, Trump’s defeat is likely to force Budapest and Warsaw to take a softer stance in their often acrimonious relations with Brussels.

Orban in particular is an outspoken critic of efforts by western politicians and the EU to foist liberal values onto Hungary. Ahead of the election he was an open supporter of Trump’s re-election and slammed the “moral imperialism” of previous Democratic administrations.

Another staunch supporter of the outgoing US president is Slovenian Prime Minister Janez Jansa, who maintained this stance even after it became clear that Biden had won the vote.

“Interesting. Complaints have been filed in all US states with a close outcome. The courts have not even begun to decide. Nevertheless, the #MSM [mainstream media] (and not some official body) announces the winner. Congratulations from all sides. The rule of law is [grinning face]” Jansa tweeted in the evening of November 7.

In the Western Balkans, the outcome of the US election is inextricably linked to regional politics. Trump has strong supporters in the region, particularly in Serbia and Bosnia & Herzegovina’s Serb entity Republika Srpska. As of the evening of November 7, their leaders had not yet spoken out on the result.

Conversely, Kosovan PM Avdullah Hoti was quick to write on Twitter: “On behalf of the gov. of #Kosovo I extend my congrats to president elect @JoeBiden & @KamalaHarris on wining the #USAElections. I look forward to strengthening our permanent friendship with USA & continuing our work on behalf of our people & in service of our shared values.”

And Montenegrin President Milo Djukanovic — who has just seen his Democratic Party of Socialists ousted by a coalition including pro-Serbian and pro-Russian parties — sent an effusive series of tweets to Biden and his running mate Kamala Harris.

“Beginning of the new stage of our fruitful cooperation and continuity of our several decades long friendship and trust. To the benefit of relations and trans-Atlantic alliance. Congratulations to #USA for organising and conducting the elections during the pandemic.”