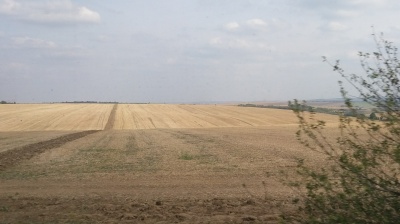 Agrifood tech, which addresses areas such as raising productivity and reducing agriculture’s carbon footprint, is poised to grow in Romania, which combines one of Europe’s largest agricultural areas with a strong IT sector, say the authors of a new report on the sector.

The sector is currently in its infancy in Romania, and the funding raised by local startups is a tiny fraction of the Europe-wide total, yet there are a growing number of companies in areas from Internet of Things (IoT) to biotechnology to e-grocery delivery, the last area being strongly stimulated by the pandemic that saw Romanians looking at new ways of buying food and seeking out local products.

"Previously this was rather a niche market, not a mainstream field, but the pandemic accelerated this trend in terms of short supply chain e-commerce and supporting the local producer. The biggest hurdle for startups launching marketplaces is the complexity of creating demand both from suppliers and clients and making their logistics financially viable,” said Daniel Matei, business development manager Impact Hub Bucharest, which produced the Romanian Agrifood Tech Startups Overview Report mapping agrifood tech startups in Romania for the first time, alongside Activise, an organisation supporting the European tech and startups ecosystem, and with support from EIT Food, Patria Bank, BASF and CBNagro.tech (formerly Silometer). The mapping of local companies is intended to support companies in the sector and help develop new projects.

“Reducing the distance between farmers and consumers emerged as a necessity during the state of emergency and lockdown, when consumers began looking for new ways to buy food, turning in particular to local farmers and producers,” said the report. “The trend is an opportunity opened up mainly by technology, which helps small companies become competition for large producers, especially through "food hubs", platforms that bring together producers in a given region and then deliver to customers.”

Food for a growing population

Looking ahead, there will be a growing need for advances in agricultural productivity as the world’s population grows – the global population is not expected to peak until around 2064 – at the same time as the rural labour force is falling, demand for inputs for bioenergy is growing and climate change is threatening to shrink food production areas and yields. The climate crisis is already leading to more extreme weather events that are only expected to get worse during the first half of this century, despite efforts to rein in the rise in global temperatures, with worrying consequences for food production in parts of the world.

“The growth of the world population, coupled with rising incomes, leads to the consumption of higher-quality foods, including meat. This, in turn, creates higher consumption of feed crops,” said the report. “At the same time, the total acreage of arable land available for producing crops is under pressure from a range of forces, including growing populations, urbanisation and global warming.

“These new trends regarding the consumer’s behaviour are creating pressure on the agriculture industry to increase productivity and crop yields and biotechnology startups are providing strategic tools for the agricultural industry to meet these market demands.”

"There is no doubt that the future is agri,” said Raluca Andreica, managing director of Patria Credit, member of the Patria Bank Group. “And we have the advantage of being in a favourable context in Romania: we have a generous agricultural area, among the largest in Europe, and innovative technology companies.”

“Romania's biggest opportunity in terms of agrifood is in the processing industry, as we currently export a lot of raw materials and import food products. Addressing this one would have a huge economic and social impact and would reduce our trade deficit, but also create more jobs locally, especially in agricultural intensive areas,” Matei told bne IntelliNews.

Biotechnology is divided into plant biotech to maintain and improve crop yields and animal biotech comprising ways to optimise animal health and production. Both are becoming increasingly important. In Romania, biotechnology activity is mainly in the area of academic research, in particular at USAMV (University of Agricultural Sciences and Veterinary Medicine of Cluj-Napoca, but there are a few startups such as Pheely, which is working towards the commercialisation of an antimicrobial bio-sticker that sanitises the surface of vegetables and fruits with edible peel.

“There is a new wave of farmers that are looking at the footprint of their operations and taking measures towards a mix that reduces their environmental impact while allowing them to build profitable agriculture business. New technologies play an important role and we see big players from all angles of the ecosystem playing a role: farmers, producers, financial institutions, both startups and tech giants,” said Matei.

The report lists industry trends, including the use of IoT in agriculture, reducing the distance between farmers and consumers, precision farming, biotechnology, nutrition and health. Other areas include autonomous agricultural machinery and robots, e-grocery adoption, indoor food production and transportation.

IoT is increasingly being used in agriculture, as software and hardware devices are introduced to help minimise waste and increase efficiency. “Despite substantial investment in implementation, such technologies have a huge long-term impact,” the report noted. Among them in Romania are CBN Agro.tech, creator of an IoT product that helps silo and warehouse owners avoid silage and quality loss of their products.

In the area of precision farming – an agricultural management concept that uses data-based technologies to manage crops and reduce the use of fertilisers, pesticides and water – Enten Systems helps farmers make informed decisions on how best to manage their crops in order to optimise costs and increase yields.

In the nutrition field, Romania has produced Wello, an artificial intelligence platform in nutrition for overweight children.

Romania is also the second-largest honey producer in Europe, but as in other parts of the agricultural sector the technology used is still relatively old. “The same as in traditional agriculture, new technologies are required to optimise honey production such as IoT monitoring of beehives – while predictive system decisions are made based on machine learning outputs. Real-time information on mobile devices is a great help,” says the report.

Among the startups in this segment are Apiary Book, which helps beekeepers to make better-informed decisions with its apiary management and monitoring software, and Venomia, which enables automation, management and digitisation of the venom collection process.

The report notes that the agritech segment is small in Romania, where, for example, most of the agricultural machinery on the market has relatively little software. According to the report, however, there has been increasing interest recently in agritech, and this has accelerated with the pandemic.

"In the past ten years we have witnessed in Romania the different trends focused on technology in various areas, and now, from the signals we have from the market, the agritech field will pick up speed and we hope it will become one of the pillar areas of the Romanian startup ecosystem. We have high hopes for the coming years,” said Mircea Vadan, manager of Activize.

Across Europe, there were 654 rounds of funding for agritech and agrifood startups between 2019 and March 2021 with a total value of around $3.3bn. Startups in these areas in Romania raised only around $4mn in 12 financing rounds between 2018 and 2021. Matei said that was in line with the situation for venture capital funding in Romania in general, which is relatively low.

There are several startup programmes in Romania that include agritech startups such as Innovation Labs, Commons Accel, Rubik Garage and Techcelerator, and a handful of initiatives specifically targeted at the sector such as AgriTech Hackathon, Empowering Women in Agrifood, AgTech TM.