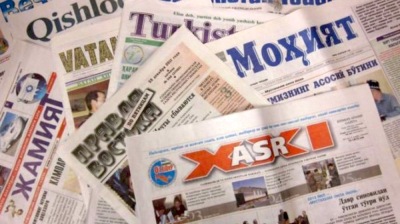 The media is growing in Uzbekistan after President Shavkat Mirziyoyev made it plain what he wanted more and better pubic discussion, but old habits die hard after a prominent blogger was arrested and faces a potential 10-year prison sentence for highlighting a price-fixing scam
By Fred Harrison in London March 23, 2021

Here is a question that leaders of most of the world’s democracies do not need to ask themselves: How do we free the media? In Uzbekistan, people have been struggling with that question for just over four years, ever since their nation’s reformist president took office.

President Shavkat Mirziyoyev made it plain what he wanted from the start. “Unfortunately, the media still do not fully reflect the problems in our life, the strengthening of the spirit of criticism and self-criticism in our society,” he declared in a general message to the media a few months after his December 2016 election.

As human rights lawyer and Central Asia expert Steve Swerdlow recounts in a recent piece in The Diplomat (Uzbekistan needs a Navruz for human rights), Mirziyoyev has stuck to this refrain throughout his term, calling journalists his “comrades-in-arms” as recently as last month.

Cautiously at first, as professional and citizen journalists alike tested the waters for any possible return to censorship and repression, the media has gained confidence. Journalists who had been jailed under the previous administration were released. Opinions were unleashed. Controversy bloomed. Audiences grew.

There was, and continues to be, an explosion of news portals and bloggers competing for attention. It’s been called the Uzbek Spring, and unlike similar developments elsewhere in the world, this one has lasted. In fact, liberal economist Yuliy Yusupov, a frequent critic of the Mirziyoyev administration, has said the media in Uzbekistan are very nearly now a fourth branch of government.

At present there are 630 news websites registered with the state Press and Information Agency, compared with 395 as of December 2016. Similarly, there are 52% more magazines (469 in total), six more news agencies, two more radio channels, two more newsletters and six more TV channels. As elsewhere in the world, the only media category in decline is newspapers, of which there are 637 currently, compared with 691 in 2016.

No-one knows how many bloggers there really are, but it is known that about 1,300 individuals self-identify as bloggers and are actively engaged in media activities, many of them on the Telegram instant messaging system.

But there are problems. There aren’t enough trained journalists to go around. In the pre-Mirziyoyev years, journalism was a poorly paid, low-prestige job whose main purpose was to report whatever the state wanted reported and to praise the leadership.

In 2018, a presidential decree was signed establishing a University of Journalism and Mass Communications, offering a baccalaureate, master’s degree and doctorate in a broad range of media-related disciplines. Some 1,577 students are currently enrolled.

Blogger Nikita Makarenko has described the current media market in Uzbekistan as “an overcrowded, noisy and scandalous small bazaar.” And the best that can be said of its quality is that it is uneven. There are some excellent journalists working in Uzbekistan. And there are some genuinely awful, irresponsible ones too.

That is one problem. The other is that not everyone in a position of authority shares President Mirziyoyev’s enthusiasm for the newly liberated media. Some of the most aggressive journalism being practised is at a hyper-local level, reflecting the complaints and problems of ordinary life – bad roads, power outages, housing issues and more. Local mayors, regional governors and other officials unaccustomed to public criticism are under the spotlight. There have been overreactions.

One popular blogger currently faces a potential 10-year prison sentence for his efforts to highlight unfair pricing at a local market in the southern city of Termez. A market trader objected to Otabek Sattoriy filming for his YouTube channel. According to Sattoriy’s family, a resulting scuffle led to his camera phone being damaged. Later, when someone showed up to provide a replacement phone, 20-30 local police officers swooped in and, after arresting Sattoriy, confiscated the new phone and all his computer equipment. He was later charged with extortion and various other charges, and remains in pre-trial custody. He has pleaded not guilty, telling journalists before a recent court appearance, “The whole case has been fabricated, based on lies.”

The case has drawn widespread international criticism, with the Committee to Protect Journalists in New York demanding that Sattoriy be released and all charges dropped.

It is an awkward situation for the national authorities. Technically, they can’t intervene in what is a purely local prosecution. But the preliminary hearing was thrown open to full media coverage, a rare move clearly intended to signal due process compliance.

Nonetheless, the case has raised questions about the durability of the new media freedoms. Almost simultaneously, an unrelated case, this one involving President Mirziyoyev himself, has surfaced raising concerns that his media-friendly instincts have not yet changed old habits.

The US-sponsored RFE-RL Uzbek service recently published an explosive investigative report claiming a luxurious mansion tucked away in the mountains of Ugam-Chatkal National Park 100 km from Tashkent was built expressly and secretly for Mirziyoyev’s personal use. He has since said that this a government complex for visiting VIPs, not for him.

But the more interesting “official” reaction came from the state-owned Uzbekistan Railways, which said it owned the property. In a statement issued before President Mirziyoyev responded, the company claimed the site is actually a vacation spot for its staff. To back its claims up, it issued an amateurish video ostensibly of staff eating lunch at the resort – except that the video was quite obviously shot in an out-building far from the actual mansion.

The railway company’s claims were greeted with much amusement, including from people close to Mirziyoyev. Komil Allamjonov, a former presidential press secretary, was brutally dismissive.

“Of course, I consider this to be a piecemeal and reckless act of the press service of Uzbekistan Railways,” Allamjonov, currently chairman of the National Media Support and Development Foundation, said in an interview with the news site Kun.uz. “We have seen in the press today the consequences of their giving false information and distributing those videos.”

"Any information or explanation should not be a lie,” he said, citing what he called a “golden rule” for government press services. “That is why we always say that it is very important to improve the skills of the press service. This information, which was spread without thinking, has led to an increase in rumours and misinformation.”

Indeed it has. And until Allamjonov’s golden rule is more widely adopted by officialdom, his former boss’s goal of a free media is liable to be interrupted by further outbreaks of tension.