COMMENT: Russian inflation is as infectious as the virus 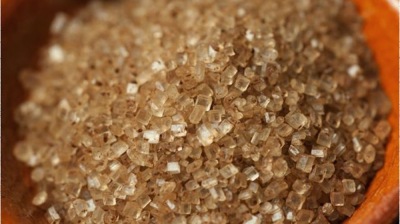 Inflation is back and its spreading from sector to sector and country to country
By Petr Ter-Avanesyan of Invest Navigator Telegram channel in Moscow May 28, 2021

Russia’s commercial and industrial chamber has suggested that Russia needs to introduce special grocery and food cards. Prices have been soaring over the last six months, especially for food, and the government has resorted to clumsy administrative controls to try to curb the price rises.

The Chamber thinks it's better to stop trying to regulate prices and switch to more efficient tools, which do not affect either suppliers or trade. There should be a list of critical consumer goods and target payments supporting demand for items from this list in retail chains.

Food inflation is currently the highest it has been since 2015, and some basic items like vegetables, sugar and buckwheat have seen their cost double – or more.

Unofficially the government “recommended” that food suppliers should not raise prices till the end of September – meaning until after the key Duma elections slated to happen then are passed. This unofficial freeze includes meat, fish, butter, milk, salt, tea, bread, buckwheat, pasta and potatoes. All of these items have been listed as having social importance since 2010.

And things are worse if you are at the bottom of the feeding chain.

Inflation for the poor has outpaced official inflation five-fold; 15% of the population at the lower income bracket claimed their inflation has hit 30%, which the official aggregate number was 5.5% in April.

On average Russians estimate prices have risen by 14.5% on average in April 2021, according to the monthly Central Bank of Russia (CBR) survey.

The poorer part of the population according to Rosstat comprises 17.8mn people, or 12.1% of the total population, and many of those from this category have seen prices jump 30% in a year as food is a much larger part of their shopping basket than the middle and wealthier classes, where prices have been more stable.

Inflation expectations are the highest since 2017 among the population

Since the beginning of March the CBR has hiked rates twice to the current 5% and said in its outlook that it could hike again, taking the prime rate to as much as 6% by the year-end.

Moscow real estate prices have hit a new all-time high of RUB222,100 ($3,025) per square metre but the rate of the ascent is slowing. Since mid-March prices have more or less kept pace with inflation. Since the beginning of the year prices have risen by 8.25% and the latest average monthly price was 20.2% higher than the same period last year.

However, these big numbers are mainly due to the effect of a low base (in March-June 2020 prices went down because of the start of the pandemic).

And housing prices are being driven up by the ready availability of funding. The state residential mortgage subsidy programme reached RUB1.4 trillion in April. And the market is speculating that the Kremlin will extend the programme after it officially expires on July 1, as it has not only been extremely popular, but has also acted as an effective cushion for both the banking and construction industries.

As the CBR keeps hiking rates mortgages become more and more interesting. Currently mortgage rates are between 5.5% and 6% under the programme, while Russian Ministry of Finance ruble-denominated OFZ treasury bills yield around 7%. Hence the programme has lost its economic sense, but to abolish it means monthly mortgage payments will grow substantially and elections are coming in September.

This mortgage exemption programme has grown so big that the average extended effective loan rate has fallen below the key interest rate, so outside the mortgage programme, interest rates are rising faster. The programme was effective until the end of 2020, when primary real estate market prices had grown so much that they had levelled off all advantages of a lower interest rate for buyers of property.

Also, the size of the subsidies (and budget burden) was much smaller in nominal rubles when the key rate was at 4.25%. Now that CBR has started hiking and the loans are extended for 10-15 years, Minfin will have to pay much more subsidies – the ‘normal interest rate’ is historically closer to 6% (not 4.25%).

Inflation leaking in over the border

As food prices have skyrocketed in the global markets it is natural to turn one's attention to Russian agro enterprises, the largest of which is RusAgro, which should be a large beneficiary from the rising prices of agro commodities; however, the decision to freeze the price of sugar is having an impact on its business.

The company’s first-quarter sales of sugar have climbed 19% compared to the first quarter of 2020. The average selling price has risen too, because at the start of 2020 the prices were very low historically. The price for sunflower oil has also surged and was also frozen until November 1. In March 2021 retail chains have increased purchases of sugar, as they anticipated the end of ‘stabilising prices agreement’. On average chains buy approximately 5,000 tonnes per month but last March they bought five times as much.

Suppliers didn’t have any surplus and were caught unprepared for such a spike in demand. On March 22 the government decided to extend the sugar price freeze by two extra months. They do not expect prices to soar after that because the government will subsidize the selling price to retail chains.

All sugar plants have direct agreements with retail chains, so they think it will work. All these problems had a very good effect on Rosagro’s bottom line. Sales in the first quarter grew 51%, according to BCS.

Another factor that has been driving up prices is the boom in commodity prices, where again the government intervened. The leading metal producers have agreed to slash their selling prices for steel products for infrastructure projects of the state, and the authorities have threatened to introduce a progressive tax scale, to raise duties. In a more ominous move, Federal Antimonopoly Services (FAS) also started an anti-trust case against Magnitogorsk Iron and Steel Works (MMK), Severstal and Novolipetsk Mining Kombinat (NLMK), accusing them of collusion to explain the rapidly rising prices. That is why these three major steelmakers have offered to sell steel with a 30% discount.

But the roaring accent of commodity prices since November has more to do with rising metal prices than any secret deals between three of the biggest producers.

The price of iron ore is up a whopping 110% in the last year. Copper was up 94% and is currently trading at an all-time high. In Russia black metals are 30% higher, while copper has become 50% more expensive.

High prices for metals are spilling over into other sectors where metal is a major input. Russian railways complain its major infrastructure projects all risk running out of money because of the soaring costs of materials. The government was considering a ban on steel exports that would mirror a ban on grain exports already in place to keep the cost of staples like bread and pasta down, but refrained from this extreme measure at the last minute. It was decided that prohibitive export duties will of course put pressure on the price, but that many plants would have to be closed down.

Russia's CBR ups rate by 50bp to 5.5%, will keep hiking
Belarus is the “North Korea” of Europe, says US diplomat
ING: So what is a greenium and how do we get to it?

The price faced by Russia for aggression must be too high for the Kremlin to countenance, and this is the message that Biden should deliver to Putin – and act upon.

Most CEE governments submitted their national plans after the deadline and two (Bulgaria and Estonia) are yet to finalise them.

The governing United Russia Party held its “primaries” in the last week of May. The votes were tallied and a party congress will, on June 19, approve a list of candidates for the September Duma elections.

ING: Hungary seems all set for a record year in 2021

The Statistical Office has revised up the first-quarter GDP growth for Hungary to 2.0% quarter on quarter. The strong start and details suggest we are likely to see the economy growing by around 7.4% this year.

RIMMER: Peker has him in his pocket

COMMENT: Time to end Putin's impunity
1 day ago
COMMENT: CEE national recovery and resilience plans – the focus, the gaps and what comes next
2 days ago
MOSCOW BLOG: Primary rehearsal
5 days ago
ING: Hungary seems all set for a record year in 2021
5 days ago
RIMMER: Peker has him in his pocket
8 days ago