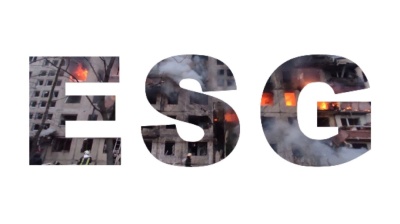 There is something that the international investment community could do to drastically alleviate the suffering of Ukraine's refugees, driven out of their homes and jobs by the war: buy internal displacement bonds. / bne IntelliNews
By Gary Kleiman of Kleiman International August 17, 2022

The Russia-Ukraine war’s financial market carnage continues to pile up for the respective emerging-frontier index stalwarts. Moscow was thrown into technical default on sovereign external and corporate debt with Western payment blockages, and covenant violations with ruble currency arbitrary redenomination. It was removed from all benchmark stock and bond indices under heavy capital controls and ESG screening human rights outrage. Kyiv has just followed with a formal standstill request on the next two years $2bn sovereign service ahead of a big September redemption. Big bondholders signed on quickly, as the G7-heavy Paris Club of official creditors endorsed the delay in the interest of national security and of safeguarding FX reserves of just over $20bn.

State-owned borrower Naftogaz in contrast met immediate resistance, after defaulting on a $330mn July redemption and asking for the same suspension period after a government order to use cash on hand for winter supply storage, now only a quarter complete. While the central bank and finance ministry for weeks laid the groundwork for a pause, the gas company's senior management presented near-term balance sheet confidence. The turnaround dragged Ukraine’s component on the CEMBI index to July’s bottom, and commercial lenders also stood their ground on honouring obligations. A London hedge fund has $120mn in railway loans in the shutdown local unit of Russia’s Sberbank it will pursue, and China’s Ex-Im Bank expects outstanding state food processor credit to be honoured.

Foreign investment in local government bonds, at over one tenth of the total, remains trapped for at least another year under capital curbs. Ukraine’s local benchmark index is down 25% until mid-year at the bottom of the asset class, and the same holds true for frontier equity performance, -55% in dollar-terms up to the end of July. Officials cite headline public finance needs at $5bn monthly, and bilateral/multilateral aid and loans under the best-case delivery scenario will cover half, and it is up to traditional debt and equity markets to plug the remaining hole.

For this purpose, a joint workout team should organise handling sovereign and quasi-sovereign, and domestic and internal debt, under a single umbrella. It should also devise pilots and tap tried solutions to unlock new money, with two promising avenues: internal displacement bonds for sheltering the 7mn people on the move; and debt-equity swaps that could run though the active blue-chip company tier on Poland’s stock exchange.

The indicative monthly war cost is $3bn, and the Kyiv School of Economics estimates $100bn in physical infrastructure damage to date. Domestic war bonds, issued at a discount yield to half the 25% benchmark borrowing rate, are the main innovation developed since March with a limited bank investor base, leaving the central bank on the fiscal financing front line. Prior to the war it fought a different battle for institutional independence and monetary probity, where senior officials feared for their lives, and they again want out of direct deficit rescue.

Yields will have to rise to positive levels, and possible FX offerings go further than the initial 25% devaluation to the UAH mid-30s to the $. The interbank dealer rate is already above 40, and three-month forwards envision another leg down to the 60 range. These baseline term adjustments can set the stage for both institutional and individual take-up of war bonds both at home and in the diaspora. They can open a window for experimentation with a humanitarian version that can be issued both in hard and local currency, specifically to cover internal displacement costs for the estimated one-quarter of the remaining population.

These bonds could be priced cheaper than existing issues with a standard use of proceeds provision audited by a third-party private or UN relief agency. They would not worsen the aggregate debt burden to the extent cash flows can be harnessed from placing citizens into taxpaying jobs, and food-housing-banking and other essential infrastructure/services are provided on commercial terms.

An unusual feature of Ukraine’s crisis has been the business continuity of globally competitive IT professionals moving throughout the country, among the highest income earners and willing to pay their way. Billions of dollars could be raised rapidly from conventional emerging market debt investors with an ESG label overlay as they look to fill their “sustainable” allocation bucket, along with the natural “impact” community. As a new performing instrument, it could be swapped into interrupted sovereign debt as an additional lure. Official lenders like the European Investment Bank (EIB) and World Bank may wish to offer their own credit enhancements to leverage private capital, as the EU and US continue to offer slow-disbursing macro financial assistance.

For private and quasi-sovereign corporates swapping debt into equity can be a viable option and overcome years of hesitation resulting in only partial stake state enterprise privatisation that quashed investor enthusiasm.

Operations can be dual listed in Kyiv and Warsaw, where the stock exchange has a dedicated Ukrainian company index. The signal would reverse this year’s frontier index crash, and the cross-border aspect invites core emerging market fund manager interest. All these capital market initiatives can be promoted and screened by a joint Ukraine-international advisory body with immediate wartime contingencies and creative post-conflict structures in mind, instead of the tragic battlefield standoff also in this realm with financial intermediaries in their own corner.

The third decline in a row for the eurozone PMI indicates that business activity has been contracting throughout the quarter. This confirms our view that a recession could have already started.

ING: Energy price caps are appealing, but are not without risks

On 14 September 2022, Ursula von der Leyen, President of the European Commission, announced in her State of the Union speech a set of proposals to mitigate the impact of high energy prices.

Russian men fleeing the draft are caught between suspected of being pro-Putin and Western closed-door policies
2 days ago
Sanctioned Russian diamonds are reaching the US consumer, but some are getting there legally – for now
3 days ago
EBRD: Reduced gas supplies and inflation to slow growth further in EBRD regions
3 days ago
ING: Eurozone PMI suggests the region may already be in recession
5 days ago
ING: Energy price caps are appealing, but are not without risks
10 days ago