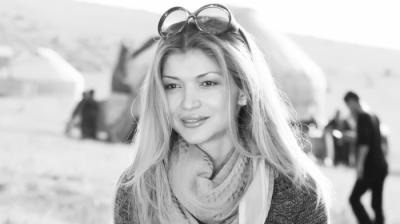 According to details of the plea posted in a three-page declaration on Instagram by her daughter on June 23, the move comes after $1.2bn of her assets were reclaimed by Uzbekistan and were "now working for the benefit of the budget of the republic".

The declaration, written as a confessional first-person letter from Karimova, was removed as of June 24 but still remains on an account tagged as “Gulnara Karimova Team”. The post also said she told her lawyers to end her legal claims on another $686mn kept abroad in her bank accounts. Uzbek officials have not commented on the statement.

It added that she was "sorry" for past actions and expressed regret "over any disappointment that I may have caused".

Karimova also mentioned she was in need of a surgery for an unspecified health problem—a week ago her Swiss lawyer, Gregoire Mangeat, cautioned that there were problems with her health status.

Karimova was for years seen by many as her father’s likely heir until she was discovered to be the central figure in international corruption investigations. Court documents compiled by Swedish prosecutors asserted last year that Karimova used tactics of intimidation to wrest control of a major telecoms operator and turn it into a cash cow that she could draw on at her whim.

Leaked US cables on Karimova labelled her a “robber baron” who saw herself as “above the law”. They also referred to her as “the single most hated person in [Uzbekistan]”. Four years ago, shortly after the bribery probe was launched, Karimova disappeared from the public eye and was placed under house arrest.

In March, Karimova was sent to prison to serve out the remainder of her five-year sentence after she allegedly violated the terms of her house arrest.

Swiss return millions
Separately, on June 24 the Swiss attorney general’s office (OAG) announced that it has returned 130mn Swiss francs (€117.4mn), seized during an investigation involving a relative of Karimova, to Uzbekistan.

The relative was convicted by the Swiss Federal Criminal Court on charges related to opening a web of bank accounts to hide the identity of the true owner of the money, namely Karimova. The OAG did not name the relative, who was fined 390,000 Swiss francs by the Swiss court and is serving a multiple-year prison term in Uzbekistan.

The sum being returned was seized during its scrutiny of suspected money laundering by Karimova’s former personal assistant, the general manager of the Uzbek subsidiary of a Russian telecommunications company. The proceedings were extended to Karimova herself and the convicted relative.

“The person convicted was particularly active between 2004 and 2013, opening bank accounts on behalf of companies in order to fragment the money transfers and prevent the origin and actual destination of the funds from being identified,” the office said.

“He also signed false bank documents in order to conceal the identity of the true owner of the funds, Gulnara Karimova,” it added.

Switzerland is conducting an ongoing related criminal investigation into five individuals—the case involves the freezing of another CHF650mn, the OAG said, but did not disclose any further details.