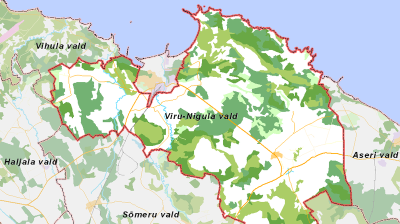 Fermi Energia says the Viru-Nigula local government is interested in the project.
By bne IntelliNews January 28, 2020

SMRs are small installations with capacity of up to 300 megawatts (MW) that are cheaper and faster to build than large nuclear power plants that often grapple with cost overruns and delays. A source of practically zero-emissions electric power, nuclear power plants could play an important role in decarbonising the energy sector in the EU in line with the bloc’s ambition to go carbon neutral by 2050.

“A modern small nuclear power plant … will ensure Estonia's security of electricity supply in all weather conditions, affordable prices for electricity consumers and meeting the country's climate goals,” Fermi said in a mission statement published on the company’s website.

A number of EU member states have managed to greatly reduce emissions from their electricity generation sectors thanks to nuclear power. France, Sweden, and Finland typically achieve CO2 emissions in the range of 50-200 grams per kilowatt-hour (kWh) of energy produced.

Germany, which is decommissioning its nuclear power plants and investing in intermittent sources of clean energy such as wind and solar, must rely on weather conditions to deliver similar reductions in emissions.

Fermi Energia’s CEO Sandor Liive told Estonian media last week the company wants to deliver the SMR in the early 2030s. The company is currently considering locations for the project.

“The Viru-Nigula local government is interested. It could be one of the options. The harbour is close by, there is blue clay, which gives it the necessary stability. But we're just starting the survey,” Liive told ETV.

Meanwhile, the Estonian Council of Environmental NGOs (EKO) said that a nuclear reactor in Estonia would entail “significant risks” to the environment and be economically unfeasible.

“Considering the risks and the fact that more environment-friendly and safer alternatives exist, EKO is not in favour of the establishment of a plant in Estonia on the planned terms,” the organisation said.

President Ilir Meta has called on all Albanians to join mass protests against the government in March, signalling a return to the unrest that marked the first half of last year.

Turkey’s banks ‘hire Ernst & Young to analyse forming asset management company for billions in bad debt’
9 hours ago
Coronavirus fear spreads across Iran, Iraq, Armenia and Azerbaijan after Qom deaths
1 day ago
Turkey ‘asks US for Patriot missiles to help counter Russia-backed Syrian troops’
1 day ago
Russian investor to give up Chisinau International Airport
1 day ago
Hot spring looms in Albania as president urges people to rise up against government
2 days ago