IKEA to sell off Russian inventory and plants 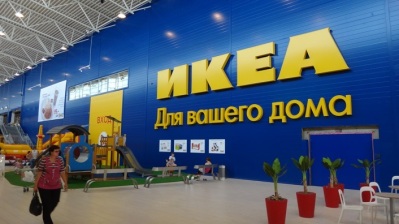 IKEA had been trying to open stores in Russia since the 1970s and in 2000 it finally got the first one off the ground in a landmark event that ushered in the post-Yeltsin boom. / wiki
By bne IntelliNews June 15, 2022

Swedish furniture major IKEA will scale down its business in Russia, lay off some employees, sell off inventory, and will start looking for buyers for its four Russian plants in the Leningrad, Kirov and Novgorod regions, the company's press service told RBC business portal.

"IKEA's retail business in Russia remains on pause. This decision will entail optimisation, which will also affect many employees," IKEA told RBC, adding that it does not see the possibility of resuming sales in the foreseeable future.

IKEA has not definitively pulled out as the company hinted that it may restart if relations with the West improve, but the announcement on June 15 is a huge blow to Russia’s prestige and bodes ill for the recovery of the Russian economy.

As bne IntelliNews reported, IKEA has been building an empire across Emerging Europe with a total of 49 stores, but the Russian business has always been the jewel in the crown.

The pull out of the Swedish furniture icon is probably even more significant and shocking than McDonalds departure, as both companies have been wanting to do business since Soviet times and the launch of both are etched in the Russian consciousness as landmark events. The new Russian owners of McDonalds, that have rebranded the stores Tasty. Period., launched last weekend in what has been taken as an end of an era event.

The opening of IKEA’s flagship store in Khimki in north Moscow in 2000, in the same month as Russian President Vladimir Putin was first elected president, is widely seen as a seminal event that marked the end of Yeltsin’s chaos of the 1990s and the start of a decade long boom that brought a western standard of living to Russia.

The queues to get into the Khimki branch snaked around the car park and within months every apartment in Moscow looked identical as they were all furnished with IKEA furniture. The store carried a restricted product line, due to the lower incomes in Russia at the time, but it quickly became the highest grossing IKEA branch in the world on a sales per square metre basis.

Culturally it was transformative too. The first IKEA advertising campaign in Russia had a tagline, “Every tenth European is made on our bed” and became an instant classic in the Russian advertising world, reaching close to 100% awareness amongst Russian consumers. The “real Swedish café” that comes with each store was also a cultural phenomenon, reports The Bell.

From all the western retail outlets that moved into Russia during the boom years, none were more committed to Russia than IKEA.

IKEA’s founder Ingvar Kamprad saw Russia as a golden opportunity since Soviet days. With its vast forests, large population and almost total lack of creature comforts, Kamprad began lobbying the Soviet government in the 1970s for permission to start operations. He met with Nikolai Ryzhkov, Chairman of the Council of Ministers of the USSR in 1988 to sell him on the idea of opening an IKEA in every city with a population of over a million residents and even began production of furniture at the Tallinn furniture factory Standard before the collapse of the USSR but got no further than that.

Everything changed following the fall of the Soviet Union in 1991, but it took another decade until the first store opened. Ironically, the plans to launch the Khimki store only really started to gather momentum in 1998 in the midst of the default and devaluation in Russia's financial crisis of that year.

“It was a strange experience,” IKEA CEO Lennart Dahlgren, who was behind setting up the first store, told bne IntelliNews in an interview several years later. “I arrived in Moscow only a few days after the [1998] crisis happened and while I was getting off the plane, it seemed that every other foreign CEO in town was getting on it to leave.” But despite the chaos, IKEA stuck to its guns only to be met with phenomenal success. The second Moscow store was opened in Teply Stan a year later and the company began rolling out those stores in the so-called millionki that Kamprad had been lobbying for two decades earlier.

In parallel IKEA invested in production facilities, providing local partners with soft loans and guaranteed take-off contracts to build up a furniture light manufacturing base to support its sales. The first Russian furniture factory was opened in Tikhvin, in the Leningrad Region, in 2002. By 2022, IKEA had 17 stores and 14 Mega shopping centres in Russia, as well as four factories, and is amongst the best known and most loved brands in Russia. Today IKEA has about two dozen manufacturing partners producing furniture that will now all have to find new clients, which experts say won’t be easy.

IKEA pioneered best business practices and good corporate governance, but it has had its share of bureaucratic problems. It got caught up in a three-year long corruption scandal in Samara over the issue of permits and it has also been accused of illegally felling birch trees for its furniture plants in Ukraine.

But the company continued to flourish despite these problems. Today it employs 15,000 people, considered the Russian market the most promising after the Chinese one, which accounts for about 5% of its global sales, The Bell reported. IKEA doesn’t release financials for its Russian operations, but analysts estimate it invested €4bn in its Russian operations in 2021.

As a result of the war in Ukraine and extreme sanctions that have been imposed on Russia, IKEA suspended sales in Russia at the beginning of March and now will reduce its presence by selling off its factories. Competing furniture chain Hoff and Russian multi-industry conglomerate AFK Sistema have both expressed an interest in buying the factories. IKEA’s staff have been kept on the payroll until August and will continue to receive insurance until the end of this year.

“IKEA in Russia will reduce the number of employees at its own production facilities and will begin the process of finding new owners for all four factories in the Leningrad, Kirov and Novgorod regions,” a company press release says.

The stores are currently closed but goods remaining in stock will be sold online. It is possible that IKEA will move its production to China where it also has factories and form new supply chains for Russia, according to Vedomosti, but the company has not officially announced such plans nor made clear what will happen to its existing stores. Restarting its business sometime in the future when relations with Russia stabilise remains a possibility.