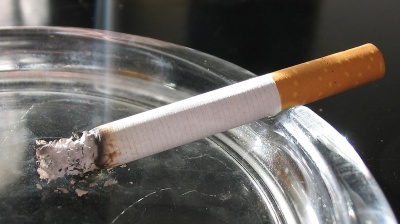 Some 333.9 million cigarettes were allegedly disguised as a shipment of floor tiles.
By bne IntelliNews August 26, 2019

Smuggled cigarettes from Iran worth Kazakhstani tenge (KZT) 1.2bn (around $3.1mn) that were disguised as a consignment of floor tiles were discovered at Morport Special Economic Zone (SEZ) in Kazakhstan’s Mangistau region, the Kazakhstan State Revenue service said on August 26.

Since Iran earlier this year struck a temporary free trade agreement covering designated goods with the Russia-led Eurasian Economic Union (EEU), Iranian traders and counterparts buying Iranian products have benefited from the severely low value of the Iranian rial (IRR), following depreciation in the face of US sanctions.

“Shipping documents were submitted to the customs authority for ‘floor tiles’ which arrived from the Islamic Republic of Iran in six 45-foot containers. But during the check, instead of the declared product, 333.9 million cigarettes were found. Excise stamps were absent. According to the results of the merchandising examination, the product was valued at more than KZT1.2bn,” customs officers reported.

There have been previous reports of cheap smuggled cigarettes making their way to Kazakhstan from Iran, including shipments sent across the Caspian Sea.

Iranian President Hassan Rouhani tasked the Ministry of Industry, Mining and Trade to enact the temporary free trade zone with the EEU on July 8.

Iran was hurriedly pushing ahead with plans to enter into the agreement with the economic bloc, which along with Russia and Kazakhstan encompasses Kyrgyzstan, Belarus and Armenia, as a means of protecting its supply chains amid the US attempt to strangle the Iranian economy with sanctions to force Tehran to agree to a diminished role in Middle East affairs.

Kazakhstan sues US financier in $0.5bn dispute with Moldovan investor

Kazakhstan is suing New York financier Daniel Chapman and Argentem Creek Partners where he serves as CEO, alleging he conspired with Moldovan businessman Anatolie Stati to fraudulently secure an ... more

An “unknown pneumonia” with a death rate much higher than the novel coronavirus (COVID-19) has infected people in several Kazakhstani cities, Chinese embassy officials have warned.  ... more

The Kazakh central bank sold $489.4mn from its $62bn rainy day oil fund, the National Fund, on Kazakhstan’s domestic market in January for the purpose of financing the state ... more