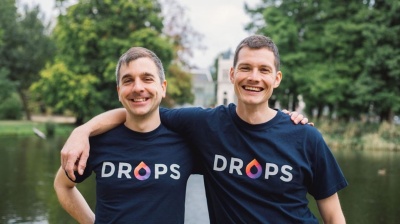 The company is to pay $31mn in cash and a further $19mn more in cash and shares, based on Drops meeting certain targets until 2022.

Drops was founded by two Hungarian entrepreneurs in 2015 tapping on experiences of a similar venture three years earlier. Daniel Farkas and Mark Szulyovszky registered PlanB Labs in Tallinn, Estonia, supported by Estonian startup accelerator Estonian Gamefounders for ​a game-based language learning application called LearnInvisible. As it failed to live up to expectations, the duo pulled the plug on the project and started from scratch.

They launched the new startup registered in Estonia as well in January 2015. The application took off immediately after the launch. In the first year, it hit 900,000 downloads. Later that year Apple highlighted Drops in the Chinese App Store.

Drops has three main apps. The first is the flagship freemium app, with free and paid features, that helps adults learn 42 languages. It offers five-minute sessions.

A second app, Scripts, is aimed at learning to read, write and sign, and it covers four alphabets and four character-based writing systems. A third, Droplets, is aimed specifically at language learning for learners aged between eight and 17.

Drops has racked up numerous awards; it was named Best App of 2018 by Google. The Estonia-based startup added 7.5mn users this year to reach 25mn.

The e-learning market has exploded this year due to the lockdown and has strong growth potential.

Kahoot cites figures that predict that digital language learning will be an $8bn or larger market by 2025 and describes Drops as "one of the fastest-growing language platforms in the world."

Kahoot, set up in 2013, is an e-based learning platform comprised of multiple-choice quizzes, which allows users to create their own trivia questions as well. In the last 12 months, more than 200mn games have been played on the Kahoot! platform with over one billion participating players in 200 countries.