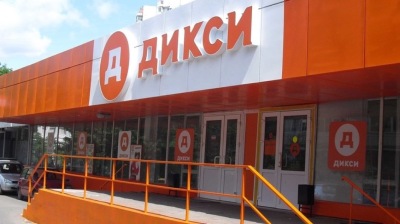 One of Russia's two leading supermarket chains Magnit has bought the third-largest store Dixi in a deal that will significantly boost Magnit's share of the two most lucrative markets in Russia: Moscow and St Petersburg. / wiki
By Ben Aris in Berlin May 19, 2021

Russia’s regional supermarket specialist and one of the two biggest chains Magnit is in a deal to take over rival Dixy and add over 2,500 supermarkets to its distribution network, almost doubling its size in the process, Magnit said in a press release on May 18.

Magnit will acquire the shares in Dixy through its main operating subsidiary Tander and take over the 2,651 stores in Russia owned by the Dixy Holding Limited.

Dixy is in the top five largest chains in Russia and has been struggling for years to lift its game to compete directly with Magnit and the current market leader X5 Retail Group, but has never quite managed to pull it off.

“The total revenue of Dixy stores acquired (cRUB300bn) is about 18% of current Magnit’s. Thus post acquisition Magnit’s revenue to come to RUB2 trillion – pretty close to X5, and gives a good chance to catch up the leader’s place in the future,” Sova Capital said in a note.

Magnit has also had its problems. Previously holding a commanding lead in the market, the company went off track after major arguments over direction broke out amongst the leading managers.

Magnit’s founder and CEO Sergei Galitsky decided to quit and sold a 29% to state-owned VTB Bank in February 2018, in a controversial deal. At the time Magnit was a portfolio investors’ darling trading with a p/e ratio multiple times higher than the bulk of Russian stocks. However, minority shareholders Prosperity Capital Management called the deal a “spit in the face of investors”, as the stake was just shy of the 30% threshold that would have triggered a mandatory buyout of minorities. Galitsky retained 3% of the company’s stock and could have sold 32% to VTB, triggering the buy-out rule.

In 2018 X5 surged passed Magnit to become the biggest retailer in Russia on a revenue basis, but in 2019 a new management team took over and has started to put the business back on track, Jan Dunning, president and CEO of Magnit, told bne IntelliNews in an exclusive and in-depth interview in December.

Dixy always had big ambitions and that the 2014 sanctions imposed on Russia following the annexation of Crimea were a boon to large organised retailers as they forced a process of consolidation on the sector and increased both the revenue and market share of the leading chains, the president of the company at the time, Ilya Yakubson, told bne IntelliNews in an interview in November 2015.

But the company consistently failed to meet its revenue targets and couldn't close the gap with its larger rivals. Dixy delisted from Moscow Exchange in 2018 and bought out the largest minority shareholder Prosperity Capital Management, which was a big investor in Dixy as well as Magnit, paying RUB8.9bn ($150mn) for its 20% stake.

In September 2019 it merged with liquor store chains Bristol and Red & White to become the third biggest retailer in Russia. But even that move was not enough to turn the company’s fortunes around.

Still, Dixy remains a major player amongst the ruthlessly competitive Russian supermarket scene. Its 2020 annual revenue was RUB281.4bn ($3.8bn) and in addition to the large network of stores it operates 39 superstores under the Megamart brand that generated revenues of RUB17.4bn last year.

The remainder of the stores in the convenience format are located in the Central, North-West and Urals federal districts. Most of the superstores operate in the Sverdlovsk region, with four stores located in the Tyumen region, according to the company.

As part of the transaction Magnit will also acquire five distribution centres with the total space of 189,000 sqm located in Moscow, St Petersburg and the Chelyabinsk region.

For its part, Magnit’s Dunning told bne IntelliNews in the interview that it was looking scale up its operations through organic growth as well as acquisitions.

Magnit already made a $1.78bn bid to buy Lenta in April 2019, another of Russia’s top five retailers, but was pipped at the post by steel tycoon Alexei Mordashov, who paid $729mn to by a 42% stake in the retailer as well as a cash offer to buy out the remaining minority shareholders, scooping up his first asset in the retail sector.

Dixy’s president Yakubson’s analysis that a consolidation of supermarkets happens in times of crisis seems to still be holding true as Russia’s economy has been not only hurt by multiple shocks in the last year, but the eight-year long decline in incomes has also put a lot of pressures on retailers, who are slowly coming together to gain more market power and so better compete with the dwindling number of increasingly powerful rivals on the market. 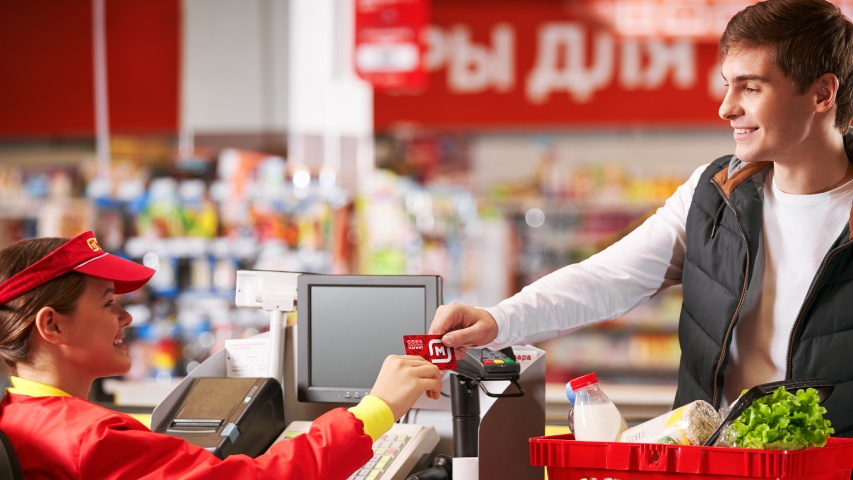 “Magnit has entered into an agreement with Mercury Retail Group Limited to acquire 100% shares of Dixy Holding Limited. The deal’s price is based on the current enterprise value of RUB92.4bn ($1.3bn) and is subject to certain adjustments depending, among other things, on the net debt and net working capital changes calculated as of closing date,” Magnit said in a press release.

The company went on to expand on its expansion plans and capex.

“At this stage Magnit’s full-year 2021 store opening, redesign and capex guidance published on February 4th, 2021 remains unchanged,” Magnit said. “The company’s 2021-2025 long-term targets, including store openings, redesign, e-commerce development, margins, working capital improvements, leverage, dividend payments, etc. are also confirmed without any changes. It is expected that completion of the transaction will not limit the company’s ability to continue dividend payments,” Magnit added in a comment that will please investors after it paid out $666mn in bigger than expected dividends in April.

Jan Dunning, president and CEO of Magnit, commenting on the deal said: “We are pleased to reach an agreement with Dixy Holding Limited shareholders to acquire their business. Magnit’s key strategic priorities focused on return-driven profitable growth stay unchanged. While organic expansion in all core formats remains our primary focus, we are happy to selectively take advantage of this opportunity to support further growth with the acquisition of the strong retail brand. Upon completion of the transaction, we will significantly strengthen our market positions in both capitals, which are strategically important for Magnit’s further expansion in the country. High-quality locations, well-known brand and strong customer base in Moscow and St Petersburg will allow Magnit to become one of the top-players in the respective regions. Moreover, given scale of the transaction this may substantially improve our overall market position in the sector.”

For the meantime Magnit intends to keep Dixy’s business as a separate legal entity with the stores operating under existing Dixy brand. The deal awaits Federal Antimonopoly Services (FAS) approval and is planned for closure before 31 August, 2021.