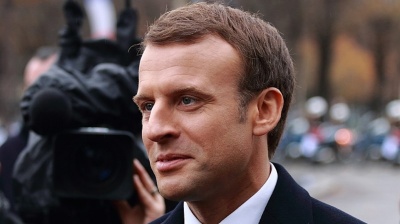 French President Emmanuel Macron ended his two-day tour of Poland on February 4, as the two big members of the EU sought an end to their icy relationship post-Brexit.

Macron met his Polish peer Andrzej Duda as well as top government officials and heaped praise on Poland as a key country in the EU during a lecture he delivered at the Jagiellonian University in Krakow. “France and Europe can’t be great without a proud Poland,” Macron said.

The French president also was wary not to go too hard on Warsaw over the controversial reform of the judiciary that has Poland at loggerheads with the European Commission for endangering the rule of law.

“It’s a European issue, not a bilateral one … France should lecture no one,” Macron told the press in response to questions over changes in the judiciary. Poland recently passed a law banning judges from expressing views critical of the government.

"I deeply believe that is a breakthrough in Polish-French relations," was President Duda’s take on the visit.

The atmosphere in Warsaw and later in Krakow was indeed one of the once icy relationship between Paris and France getting much warmer. For Poland - and Duda personally - that is an important development just over three months before the pivotal presidential election in which Duda seeks reelection, showing that Warsaw’s isolation, which followed the 2015 takeover of power by Law and Justice (PiS), could be coming to an end.

For Macron, the visit provided an opportunity to talk ways of strengthening the EU post-Brexit. Paris’ ambitions in the EU - from climate policy to the bloc’s joint defence force - will require Poland to be on board.

France is also keen to play a role in Poland’s decarbonisation push that PiS wants to carry out by investing in nuclear power, clearly in emulation of France, which has one of Europe’s least dirty electricity generation sectors.

“It would be good for France and Poland to examine together the possibility of collaboration in the nuclear domain,” French Finance Minister Bruno Le Maire said during an economic forum held concurrently with Macron’s visit, Reuters reported.

Poland wants to put online the first of planned six reactors in the early 2030s but progress towards that goal has been slow. Warsaw is yet to decide which nuclear energy country it wants to partner with. Apart from France, another close ally, the US, is also keen to sell nuclear power technology to Poland.