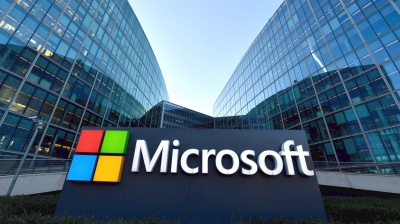 Microsoft's Russian staff have been cut by more than two thirds, while another 10% to 15% of personnel are expected to leave shortly. / wiki
By Vladimir Kozlov in Moscow June 18, 2021

A switch to cloud tech, coupled with a drive to use local software and a decline in revenue, has led to the downsizing of Microsoft's Russian business.

Over the last few years, Microsoft's Russian staff have been cut by more than two thirds, while another 10% to 15% of personnel are expected to leave shortly, Russian business daily RBC reported, quoting an unnamed market source.

RBC reports that Microsoft's Russian business has substantially transformed over the last few years, which led to several waves of layoffs. The first significant personnel cuts occurred between 2013 and 2017 as the company regrouped its Russian operations, and some of the tasks previously handled locally were transferred to European offices. For instance, support for products aimed at small and medium-size businesses (SMEs) is currently run out of Ireland.

The next wave of downsizing was linked to a switch to cloud solutions, which required another reorganisation of the business.

"Between 2017 and 2019, the company cut another 15% of its personnel, and the cuts were primarily accounted for by sales, marketing and service, as the business structure was optimised," RBC's source said, adding that Microsoft was forced to let go some of its personnel due to a decline in sales, which, in turn, was partly triggered by the Russian government's policy of encouraging public sector organisations to switch to locally manufactured software.

Following the annexation of the Crimean peninsula from Ukraine in the spring of 2014, Russia's relations with the West soured, and senior officials argued that the use of Western software could be unsafe.

The idea of switching to local software was also in line with a larger concept of "import substitution," or reliance on locally made products as opposed to those imported, especially from Western countries.

Therefore, as of 2016, all government agencies were forced primarily to buy software manufactured by Russian companies. Later, the same requirement was applied to state-controlled corporations.

More recently, the requirement of using local products by the public sector was made stricter. In the summer of 2020, the State Duma, the lower chamber of Russian parliament, adopted a legislation under which at least 90% of all electronic equipment and 50% of computers purchased by state agencies had to be of Russian origin.

The Ministry of Digital Development, Communications and Mass Media went even further and prepared a draft law stipulating that all Russian government agencies and state-controlled corporations should switch to local software and to local equipment by 2024.

However, the proposal was rejected as unrealistic and too expensive. The Russian union of industrialists and entrepreneurs estimated that the switch would cost about RUB1 trillion ($13.9bn).

Although the "import substitution" wasn't the only factor having a negative impact on Microsoft's sales in Russia, observers say that it certainly played a role.

As a result, the company closed down its subsidiaries in several regions, including Ufa, Chelyabinsk, Kemerovo, Volgograd, Kaliningrad and Saratov, while other local offices saw their personnel reduced.

The reports about Microsoft cutting its Russian staff in recent years have generally correlated with official stats. According to SPARK company data system, the company's Russian staff was reduced from 588 in 2017 to 392 in 2020.