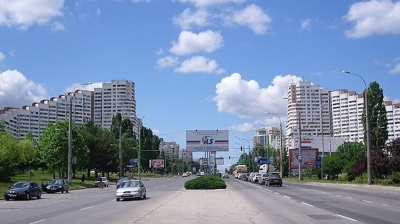 Following the change of government in June 2019, Moldova has moved ahead resolutely with the implementation of key reforms to address the deterioration of democratic standards and the rule of law, in order to allow citizens to fully benefit from the EU-Moldova Association Agreement, the European Commission (EC) concluded in its Association Implementation Report published on September 12.

The EU continues to support Moldova in its implementation of the priorities pledged by the country under the Eastern Partnership framework, and at the same time continues to apply the principle of strict conditionality in its financial assistance, the report says. The EU remains engaged with the Moldovan authorities, but most importantly with Moldovan society through programmes that bring tangible benefits to the people of Moldova.

The report will feed into the annual EU-Moldova Association Council, taking place in Brussels on September 30.

"The new Moldovan government has started an important reform plan to reinforce democracy and the rule of law in the country. We expect the authorities to deliver on the commitments made and to implement the ambitious EU-Moldova Agreement, to the benefit of our citizens,” said High Representative Federica Mogherini.

On the economic and financial side, Moldova has continued making progress on implementing reforms in line with the Association Agreement and DCFTA trade agreement, the report reads. However, challenges in the domain of the rule of law continue to affect the overall business and investment climate, the authors point out.

Avia Invest, the company that operates the international airport in Chisinau under concession, has promised to pay all its debts and furthermore invest €170mn in the planned new terminal, ... more

Moldova’s central bank, the BNM, cut the refinancing rate by 1pp to 4.5% on March 4, citing disinflation risks posed by the global Covid-19 coronavirus outbreak. The decision to ease monetary ... more

Banca Transilvania (BT), the biggest financial group in Romania, plans to take over Microinvest, the leader of the non-bank financial market in Moldova specialised in financing micro-enterprises, BT ... more