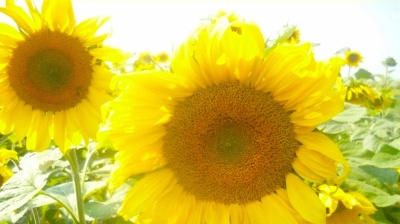 The forecast regarding the average yield of sunflower seeds in Moldova this year is gloomy.
By Iulian Ernst in Bucharest August 9, 2022

Moldova’s State Hydrometeorological Service has revised downwards the forecast for the average yield per hectare for maize and sunflower this year, compared to the previous projection issued in early July.

Both crops are in high demand given the disruption caused by the war in neighbouring Ukraine to international grain markets, a situation worsened by drought in parts of Europe. Ukraine is also a major producer of sunflower, which has already led to exports of sunflower oil being limited in some countries.

In Moldova, this year’s maize crop will shrink four-fold compared to last year — which marked, however, an outstanding performance, according to Mold-Street.com quoting the official body’s projections.

Compared to the average of the last 10 years, the yield will be two to three times smaller, and compared to last year, when a record harvest was recorded, it will shrink four to five fold.

The average yield, in 2022, will be 1.2-1.7 tonnes of maize kernels per hectare, compared to 3.5 tonnes per hectare on average in the past ten years, according to the latest forecast from the State Hydrometeorological Service.

The lowest maize yield of this century was in 2007 – only 0.7 tonnes per hectare. In that year, only 363,000 tonnes of maize were harvested, which was half of what is expected this year.

The forecast regarding the average yield of sunflower seeds in Moldova this year is gloomy as well, but not as dramatic as in the case of maize. Furthermore, Moldovan farmers allotted a record part of their land for sowing sunflower.

This year, an area of 434,000 hectares was sown with sunflower, 11% more than in 2021 and almost twice as much compared to 2009. As a result, sunflower came to occupy about 28% of agricultural land, something unprecedented in Moldova.

Moldova to send all its gas from Gazprom to Transnistria

Poll shows only one in five Moldovans happy with their government