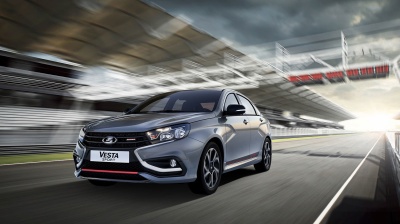 French carmaker Renault has handed its controlling stake in Russia’s largest carmaker over to the Russian government, which plans to use the manufacturer to re-launch the historic “Moskvitch” (Muscovite) brand. The deal was announced by Renault Group and the Russian Industry and Trade Ministry on Monday, 17 May, but neither side disclosed the financial details.

Renault will hand over its 68% stake in AvtoVAZ to the state automobile institute NAMI, which along with state technology agency Rostec holds another 32% in AvtoVAZ. The latter is Russia’s largest car manufacturer, and builds the popular Soviet brand Lada.

The company has also handed over 100% of Renault Russia to the Moscow government. Renault retains the right to buy back all of its Russian assets within six years of the handover.

Renault described the deal as a sale, implying that it was paid by the Russian government in return for the assets. However, Russian Industry and Trade Minister Denis Manturov said in April that the group intended to sell its Russian investments for “one symbolic ruble”.

Renault came under significant pressure to withdraw from Russia following the latter’s invasion of Ukraine on February 24. This was exacerbated when Ukrainian President Volodymyr Zelenskiy publicly requested that Renault leave Russia in an address to French parliament in March, accusing them of “sponsoring the Russian war machine”.

Renault’s Russian operations were further complicated by a shortage of imported components as a result of sanctions and corporate self-sanctioning. As a result, production effectively halted, and a source close to AvtoVAZ told bne IntelliNews that employees were advised to expect cuts. Russia’s car market is predicted to contract by at least 50% this year. In April alone, Russian car sales dropped by 79% year on year, according to the Association of European Business.

"Today, we have taken a difficult but necessary decision; and we are making a responsible choice towards our 45,000 employees in Russia, while preserving the Group's performance and our ability to return to the country in the future, in a different context,” said Luca de Meo, CEO of Renault Group.

Moscow Mayor Sergei Sobyanin praised the deal as a way of protecting Russian jobs. He has plans to resume manufacturing at AvtoVAZ under the Soviet “Moskvitch” (Muscovite) brand, which stopped production years ago. Reports say that truck manufacturer KAMAZ may support the Moskvitch operation.

The Kremlin has sought to play down the negative consequences of sanctions by promoting home-grown alternatives and import substitution. Officials have promised Russians that their favourite brands will be replaced by Russian alternatives.