NEMETHY: Can the Fed engineer a soft landing? 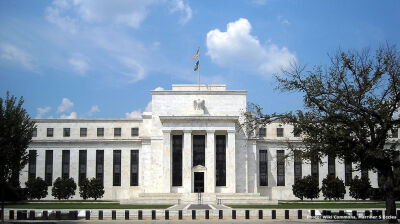 Inflation is soaring in the US but the Fed is reluctant to raise interest rates. How can it manage a return to normality? / wiki
By Les Nemethy CEO and founder of Euro-Phoenix Financial Advisors December 12, 2021

This analogy illustrates the challenge currently faced by the US Federal Reserve (“Fed”).  If it tightens too far too fast (e.g. tapers the $120bn monthly bond purchases and increases interest rates), stock and bond markets will crash; if it allows the current exceedingly loose monetary policy to prevail, inflation may careen out of control.

This bouncing back and forth will create volatility, but the end result is likely to be a continuation of inflation and negative real interest rates, for the reasons set out below:

The Fed belatedly “retired” use of the word ‘transitory’ as applied to inflation – the delay makes the policy response more difficult.

Most economists, and the market itself, are expecting inflation to diminish (e.g. from the 6.8% annual rate announced on December 10 – the highest inflation rate since 1982!), due to the fact that there were certain base rate effects in 2020, and some strong deflationary forces at play today (e.g. ageing demographics and technological innovation). Inflation may yet prove surprisingly strong:

There is no politician with sufficient backbone to make painful decisions necessary to curtail inflation (a la Paul Volcker):

Even if a Volcker did exist today, debt levels are far higher than during the Volcker era. Global debt has skyrocketed to over 365% of global GDP and is still rising. For every percent increase in bond rates, the US Government must pay an additional $290bn in interest costs. In 2020 – the US Federal Government collected just over $3 trillion in taxes while spending almost $6.5 trillion. If the 10-year treasury bond rate reverted to 4-5% (as Jamie Dimon, CEO of JPMorgan, predicts), not only would that trigger an extra trillion in interest expenditures in the US – defaults would be triggered on emerging market debt, junk bonds, etc. The US Government could be heading towards a government Debt/GDP ratio of 200% within 5-10 years. There is much incentive for the Fed to back off rate increases.

The pandemic has served as the trigger and excuse for exceedingly loose monetary policy – untargeted helicopter money to US citizens and lending guarantees to banks. Omicron today; tomorrow the next mutation. The unprecedented uncertainty surrounding coronavirus (COVID-19) mutations makes planning the re-entry angle next-to-impossible.

Joe Biden faces political heat from rising inflation; heat from a market collapse, recession or depression would be far greater. Continuation of inflation at 5-7%, with 10-year treasuries at 2-3%, would provide the enormous benefit of inflating away the national debt, a temptation difficult to resist.

Economist Russell Napier argues that Government guarantees have encouraged greatly increased bank lending, a potentially much larger source of money supply increase than the Fed printing money – (unlike money printing during the 2008 crisis, which ended up in bank reserves, not increasing lending and money supply). Napier argues the Fed is becoming irrelevant.

The coming decade is likely to be characterised by inflation and negative real interest rates. Count on volatility!

Les Nemethy is the CEO and founder of Euro-Phoenix Financial Advisors Ltd. and a former World Banker. This article is for educational purposes only and must not be construed as investment advice. Investors should obtain their own financial advice.

Nerudova gains on Pavel and Babis in Czech presidential race

ING: Europe faces stiff competition for natural gas
5 days ago
PANNIER: Might Tokayev be the real deal?
9 days ago
OPINION: Bosnia economic salvage supplants breakup mood
15 days ago
ASH: Turkey is heading to “incumbent democracy”
15 days ago
RIMMER: You only sing when you’re winning
16 days ago