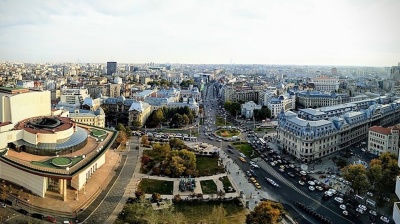 Romania’s budget deficit hit 4.5% of GDP in Q1, the highest figure in the European Union, announced Eurostat — but the government argued that the figure is misleading.

The deficit stood at 3.6% of GDP under same methodology in same quarter last year and the full-year figure was 3.0%, the government pointed out in a statement after Eurostat reported the Q1 budget deficit and public debt figures at the end of Q1.

“The quarterly data is not relevant for the full-year figure,” the finance ministry’s statement claimed, meaning that individual quarterly data can be higher than the full-year figure. The ministry claims that a “seasonal correction” is expected for the coming quarters, so that the figure will drop to 3% of GDP for the full year, the ministry explained on a vaguely confusing note.

Indeed quarterly figures might be higher than the full-year figure (as happened last year), but what is concerning is the rise of Romania's government budget deficit from 3.6% of GDP (under Eurostat methodology) last year to 4.5% this year. The deficit-to-GDP ratio as reported by Eurostat features a seasonal pattern and the high figures in the first quarter of the year in 2018-2019 are atypical among EU countries as well.

Under the official figures provided by the Romanian government (in gross terms), the budget deficit indeed increased moderately to 0.54% of the year’s projected GDP in Q1, up from 0.47% last year. However, it soared by 80% y/y in January-May, amounting to 1.43% of the GDP projected for the whole year compared to 0.86% of GDP in the same period last year. Currently, the finance ministry is seeking a way to avoid significant fiscal slippage. Finance Minister Eugen Teodorovici admitted Bucharest needs to fill a €1.5bn (0.7% of GDP) budget hole with the budget revision scheduled on July 31.