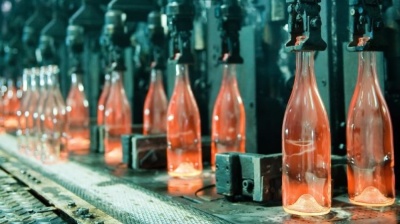 Analysts were caught off guard by the sudden plunge of Russia’s November manufacturing PMI result to 45.6, the lowest result in a decade, from an already low 47.2 in October. Any result below 50 represents a contraction. The Central Bank of Russia (CBR) may cut rates next week as a result, but Alexander Isakov, chief economist at VTB Capital, argues it is unlikely.

“November’s PMI in Manufacturing for Russia was reported at 45.6. Not only is that below our forecast of 49.5 and the lowest estimate in the Bloomberg survey (47.8), it is also lower than the most recent print of 47.2 and indeed all of the reported values since May 2009,” reports Isakov. “How unusual is this data surprise? Highly unusual.”

Russia economy has been performing under potential as the Kremlin grapples with launching its 12 national projects that have got off to a slow start. Political uncertainty, high interest rates and a VAT tax hike at the start of this year have also weighed on growth. At the start of 2019 the government was predicting growth of more than 2% but as the year progressed the forecast was constantly downgraded and currently Russia’s economy is expected to end this year with about 1% growth.

However, analysts were predicting the PMI index to show things were better than they turned out to be in November. The monthly Bloomberg survey of expectations for the result has been wrong for four months in a row, with analysts over-estimating the result each month since August. Analysts in the Bloomberg survey were expecting the November PMI to come in at 47.8 – a slight improvement on the October result – not crash to 45.6, the lowest level since May 2009.

“The average of the Bloomberg collected forecasts’ RMSE for this sample in the period March 2014 to the present is 1.3pp. That means the current surprise to consensus of 2.7pp is twice as large as the RMSE. It is also the second largest [monthly fall] since March 2014 (the earliest reported consensus we can find in Bloomberg for this indicator),” Isakov said in a note.

Now investors are asking if they should be worried. It has been clear that the national projects programme is off to a slow start, but the size of the PMI fall has led some to ask if the programme is totally off the rails. The government is predicting the national projects will lift GDP growth to 3% by 2021, and economists were already sceptical that goal was achievable; this result makes it look even more unlikely.

“But how informative is the PMI in Manufacturing regarding actual activity in the manufacturing sector?” asks Isakov. “Recently Anatoly Shal ran a ‘horse race’, comparing the predictive power of a host of manufacturing’s leading indicators. He concluded that PMI used to be a good proxy but that “since the GFC, the OECD survey appears to have been more efficient in capturing the dynamics of manufacturing.”

We build on his analysis and attempt to gauge the predictive power of the PMI and a host of related indicators by using the elastic nets approach to variable selection.”

Some have questioned the accuracy of the PMI before, pointing to its limited sample size. Markit polls business owners each month and collates their answers into its index. The result is a forward looking index number and in general the results have mirrored those of industrial production results produced by Rosstat fairly well, but the two diverge on occasion.

Without getting into the technical details Isakov attempted to assess the accuracy of the PMI data and confirmed the academic research that, “OECD surveys are likely more informative about the state of manufacturing than PMI is (or Rosstat's leading indicators). However, it is worth noting one downside to the OECD data: while being the most useful for predicting swings in IP, its 'lead' is the least in the sense that it is the last of the three sources to be released (just a couple of days before the IP report itself).”

So the health of the manufacturing sector remains uncertain. The services PMI is due out this week, and last month the service sector did a lot better than manufacturing posting a strong 55.8 in October and offsetting the fall in manufacturing to lift the weighted composite score, which advanced mildly to 53.3, which is an overall expansion.

To some extent the growth in services and fall in manufacturing is a function of the change in the make-up of the Russian economy, which, like all other economies around the world, is shifting from a production based economy to a services based one. Russia’s e-commerce is booming and growing at literally ten times the pace of the real economy. This expansion has reached the point where online business is cutting into real world retail turnover, which as bne IntelliNews has been reporting is underperforming despite the explosion of online sales and an uptick in real disposable incomes in October. Another indicator is the underperformance of the Watcom Shopping index that measures foot traffic in Moscow and St Petersburg's leading malls, which have both seen their worst performances since the Watcom Index was established in 2014.

In the near term the poor manufacturing result is likely to encourage the CBR to make one more rate cut at its policy meeting next week.

The CBR surprised with a large 50bp rate cut in October as lower than expected inflation rates in the second half of the year have allowed the regulator to shift from a fight against inflation policy to growth-boosting easier monetary policy. The regulator is still worried about inflation but the exceptionally poor economic growth results are climbing up its priority list. While Russia’s macro fundamentals are looking extremely strong at the moment, after six years of shrinking real incomes the lack of a feel good factor is starting to become a political problem and this summer was marked by a wave of violent protests as a result. That is also pushing the CBR towards making some more cuts.

“While the weak PMI print might trigger some members of the CBR's board of directors to err on the dovish side, we believe that the PMI report provides only weak evidence of activity contracting in November,” says Isakov. “However, it is worth looking at recent experience. When the PMI in Manufacturing delivered a comparable negative surprise in the report for September, we think it is quite likely that this surprise was among the key triggers for the CBR’s change in tone and guidance (a crucial assumption underlying our analysis was that the CBR expected the published data to be in line with the Bloomberg consensus).”

Provided that the CBR’s expectations regarding the PMI this time around were in line with those of the Bloomberg-surveyed economists, the current low PMI print might again impact the CBR's reassessment of the balance of risks faced by the economy, argues Isakov.

“However, we believe, that the 'convincing' power of the PMI will then largely be due to it being relatively 'recent'. However, it might be useful to note that its information content regarding the state of the economy is highly uncertain and there is only a small amount of information,” Isakov concluded.