Russia has zero FDI in 1Q20 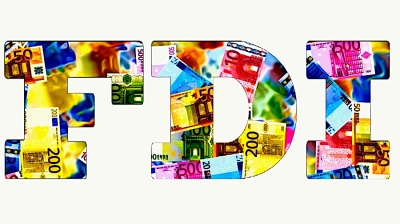 Russia's FDI in 1Q20 was next to nothing, which means in reality it was probably negative / wiki
By Ben Aris in Berlin April 14, 2020

Russia received almost zero foreign direct investment (FDI) in the first quarter 2020, dropping from $10.3bn in the same period a year earlier to $200mn, the Central Bank of Russia (CBR) reported on April 13.

This number almost certainly understates the real FDI, which was most likely negative. As bne IntelliNews has reported, a quirk of Russian national statistics means that foreign companies working and registered in Russia that reinvest their profits – as almost all of them do – is counted as FDI. As the number of foreign companies working in Russia is significant – Germany alone has 4,500 companies that invested a record €3bn in 2019 – the real FDI numbers are likely to be negative.

Thanks to the perennial “Russia risk”, FDI into Russia has always been below par given the size of the population and richness of the resources on offer. However, in the last three decades Russia had accumulated a total FDI stock of just over $407bn as of the end of 2018, according to the CBR.

However, Russia has never been a popular investment destination. Inward FDI to Russia over 2014-2018 averaged 1.3% of GDP, the lowest levels for 20 years when reinvestment is factored in, and even Russians are reluctant to invest in their own country.

FDI numbers are very confusing and made more complicated by the fact that the CBR reports only on “last mile” investment: the country of origin of FDI is counted as the country that investment came from before crossing the border to Russia.

The United Nations Conference on Trade and Development (UNCTAD) published first-ever estimates of FDIs into the economies based on Ultimate Investing Country in 2017, Ivan Tkachev, economics editor at RBK, recently wrote in a piece in the Riddle entitled “A Quiet Revolution in the Analysis of Foreign Investments.” This study attempted to identify the country that the money started from, not the last step on its journey. The result was startling, as it turns out the biggest investor into Russia is the US, and all the CBR’s statistics are massively distorted.

The CBR also reported that the securities market has seen massive outflows in the last quarter. Portfolio investments showed an outflow of $1.2bn compared with an inflow of $6.8bn a year earlier. However, here too the statistics are distorted by taking aggregates.

Equity and bond markets around the world have been rocked in the last month by the double whammy of oil price collapse and the coronavirus (COVID-19) pandemic. The Institute of International Finance (IIF) reports that there has been an all-time record outflow of $83bn since the start of the year, although this has started to slow in the last few weeks. While the aggregate outflow from Russia may be $1.2bn in the last quarter, according to the CBR, in just the third week of March Russia saw an all-time record $1.4bn of outflows regarding its combined equity and bond funds.

The numbers are further distorted by the FX effects of the sharp devaluation of the ruble. The collapse of the oil prices immediately translated into a fall in the ruble’s value from c.RUB62 to the dollar at the end of February to a low of RUB80 only a few weeks later. As revenues are in dollars and rubles and the CBR also has a large share of monetary gold as a reserve, all the leading capital flows and reserves numbers are affected by FX effects as valuations had to be adjusted for the devaluation effects. For example, Russia’s gross international reserves (GIR) fell by $7bn in the first weeks of April, but the actual dollars in cash the CBR spent to prop up the ruble was about $2.5bn. The rest of the fall was due to revaluation effects.

“The most interesting thing in the balance of payments is the reduction of oil and gas exports by almost a quarter, primarily due to the warm winter. But Russia's foreign debt by April 1 [had] decreased by 8%, to $450bn, or about 29% of GDP. Here the main reason is the revaluation due to the devaluation of the ruble,” VTB Capital (VTBC) said in a note.

Russia’s industrial output decline slows to only 0.1% in August
2 days ago
Poll shows Putin's popularity took hit in September but remained as high as 77%
2 days ago
Russia on track to have a record-smashing grain harvest
4 days ago
Bosnia posts annual CPI inflation of 16.8% y/y in August
4 days ago
IMF sees Romania’s economy growing by 4.8% in 2022, analysts are even more bullish
5 days ago