Russia’s consumer orientated business takes the brunt of the coronacrisis blow, basic sectors down 10% in April 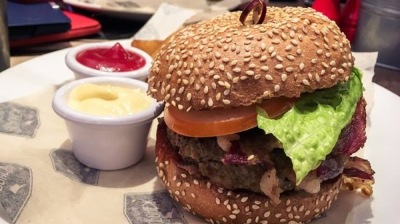 Agriculture was the only sector to show growth. All the other subsectors contracted in April. Retail, services, manufacturing and wholesale suffered the most from the drop in domestic demand.

However, as bne IntelliNews has reported, Russia’s economy is already showing signs of a rebound as leading indicators show the situation likely improved in May versus April, reports Sberbank.

Sectors driven by consumer demand were hit hardest. Retail sales tanked 23.4% y/y in April after expanding 5.6% in March; retail was down 2.8% in 4M20.

Other sectors fared better. Cargo transport declined 6.0% y/y in April, while construction was down 2.3%.

Agriculture is the one sector that has remained immune to the coronacrisis and in April followed up its March 3.0% y/y expansion with 3.1% growth in the month and 3.0% of growth over the first four months.

Obviously the lockdown hit those businesses that rely on commerce with people the most. Breaking down the pressure on services Sberbank found that food services, which includes restaurants, cafes and bars, saw sales plunge 51.5% y/y in April, despite the boom in delivery and takeaways. The segment was also hurt over the first four months, contracting by 11.1% y/y.

“A breakdown of these services showed culture and tourism services dropped by 96% y/y in April, hotels and accommodation by 89% and transport by 65%. Communication, housing and utilities were less affected, down 4.0% y/y, 7.2% and 10.3% respectively in April,” Sberbank CIB said in a note.

Burgers and Pizza take a battering

Fast food has grown increasingly popular in Russia and took off during the 2008 crisis when many of the international companies, such as Yum! (the owner of KFC) moved into the market.

Burgers have been in the front line in this crisis and seen sales drop by a third, while all categories of fast food sales are down.

“The foodservice market was one of the sectors most affected by the pandemic lockdown, as all outlets have been closed since 28 March,” VTB Capital (VTBC) said in a note. “Only takeaway or delivery services are allowed. As ready-food delivery represented only 13% of the total market in 2019 (RUB170bn), most players are not able to compensate for the loss of offline revenues. On average, in May, total revenues were down 70% y/y, and only 38% of all restaurants were able to work in such format, according to Infoline.”

Pizza delivery has also been wounded by the coronacrisis. The largest player on the market is Dodo Pizza with a 12% market share, which had to close 50 of its least efficient locations, or some 8% of the whole chain as of April, reports VTBC.

The second largest player, Domino's Russia (6% market share), reported sales declining 32% y/y and the temporary closure of 26 restaurants (13% of total), in order to optimise its workforce.