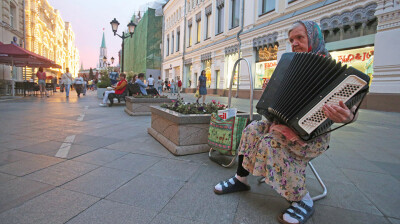 Russia's 12 national projects that are designed to return prosperity to the country have been given a make-over in the hope of faster progress / wiki
By Ben Aris in Berlin February 5, 2021

Getting the 12 national projects to work has become an existential problem for the Kremlin, and they are not working. So the government has launched a revamp that it hopes will re-energise the programme that is intended to transform Russia and return the prosperity it enjoyed during Russian President Vladimir Putin’s first term in office.

With the mass roll-out of coronavirus (COVID-19) vaccinations well underway and infection rates already beginning to fall, the government is hoping for an economic rebound this year, after the relatively mild 3.1% contraction in 2020. The early indicators are that the economy is already starting to recover after all three of the PMI indices – services, manufacturing and composite – went back into the black in January.

However, the pandemic has put the national project programme back and the final disbursement of the RUB27 trillion ($357bn) spending has been delayed from its original completion date of 2024 to 2030. The programme got off to a slow start in 2019 but by the end of that year real incomes started to grow briefly on the back of all the budget spending. However, the respite was short-lived as a double whammy of an oil price shock and the start of the coronavirus (COVID-19) pandemic hit in March of 2020.

The country has been riven by mass protests following the return and arrest on January 17 of anti-corruption activist and opposition politician Alexei Navalny, who was sentenced to 2.8 years in jail on February 2; popular dissent has been building slowly after six years of real income declines. While Russian incomes are the highest in the Commonwealth of Independent States (CIS) and the Russians themselves are as worried about losing the gains already made as they are dissatisfied with Putin, a full blown Ukrainian-style revolution remains a remote possibility.

Nevertheless, the Kremlin is acutely aware that it needs to restore growth and see incomes start to rise again, otherwise social discord will continue to increase. The Navalny affair has only thrown this problem into sharp relief and bne IntelliNews staff in Moscow say Navalny has catalysed a national debate over what sort of future awaits the country’s citizens. More immediately, the Kremlin needs some positive results before a crucial general election for Duma seats in September.

The government has prepared a repackaging of the national projects programme, according to a report by The Bell on February 5.

Prime Minister Mikhail Mishustin is celebrating his first anniversary n office with a new strategy of socio-economic development, and has developed a special plan to achieve the national goals set by the president. The government promises to change the economy and business conditions on the principle of “change and disrupt” and has invited experts like Sber CEO and author of Russia’s first economic reform programme in 2000 German Gref to contribute.

Shortly after Putin took over as president in 2000 he brought in Gref, an academic, to draw up reforms dubbed “the Gref Plan” that began the process of remaking the Russian economy. Unpopular with the elite at the time, the plan was able to make the first round of changes, entirely backed by Putin’s personal authority, although it ran out of steam after a few years.

Now the government is attempting to re-start the reforms yet again, and kicked off the effort with a meeting chaired by Mishustin on January 27, The Bell reports, citing two government sources involved.

The new strategy was also reported by Vedomosti, without references to the source of information. The newspaper reported that the goal of the meeting was to determine ways of fulfilling the goals set out last July in a presidential decree "On the national development goals of the Russian Federation for the period up to 2030" that sets out the national projects action plan.

Teams have been set up to deal with the specifics, including: New Social Contract, Client-Oriented State, Aggressive Infrastructure Development, New High-Tech Economy, and National Innovation System, which correspond to five of the 12 tasks in the national projects. A working group headed by a specialised vice-premier is responsible for each segment.

A few details have leaked out from the meeting. The National Innovation System team is headed by Gref, as well as the co-founder of IBS IT Services, Russia’s answer to Germany’s SAP, Sergey Matsotsky and Alexander Galitsky, founder of Almaz Capital Partners, a leading Russian investment fund.

Boris Kovalchuk, the CEO of state-owned power company Inter RAO and the son of Yuri Kovalchuk, co-owner of Rossiya Bank, have been named the top experts for the New High-Tech Economy project, The Bell reports.

The Bell reports that the plan’s documents are full of ideas from the tech sector. The kick-off meeting is called “kick-off” (as a borrowed word from English) in brackets. Mishustin was appointed Prime Minister after transforming the tax service by, among other things, overseeing a hugely successful overhaul of the IT system. Clearly Putin is hoping Mishustin can do for the whole government what he has already done for the tax service.

The national projects themselves have been repackaged, renamed and broken into components.

The Bell reports that the three most interesting blocks include: The “New Social Contract”, which envisages the introduction of a universal family allowance – not for everyone, but only for the “needy”, who will have to be identified according to the “know your client” principle. Direct payments and provision of food for the poor should become the components of the new social contract. The materials do not say anything about aid to other categories of citizens in the context of the new social contract.

Law enforcement and judicial system will be reformed to improve confidence and the business climate. One of Russia’s biggest problems holding back faster economic growth is the fact that entrepreneurs don't trust the courts and property rights remain weak. The upshot is that successful business people are very reluctant to invest and take a defensive position to protect existing businesses rather than taking expansionist positions to grow their businesses. This attitude acts as a brake on growth and once a business gets to the size where it is providing the owner a good living it stops growing.

Putin urged in 2019 to approach judicial and law enforcement reforms "carefully, without revolutions and without waving a sword." The Bell speculates that these reforms remain very sensitive and a deep root and branch reform is not on the cards.

Another goal in the new look national projects programme is to reduce the state’s share in the economy and at the same time to use the potential of state-owned companies to "accelerate digital development” in an effort to make Russia welcoming for start-ups from all over the Former Soviet Union (FSU).

The "National Innovation System" is the development of IT and innovations, a favourite topic of Mishustin, and involves creating a favourable business environment for tech development and innovation. The plan documents seen by The Bell talk about the "model of Korean chaebols."

The new plan is also designed to address some of the problems with the existing programme. The head of the Audit Chamber and former Finance Minister Aleksey Kudrin has been an outspoken critic of the National Projects, constantly complaining they are going too slowly. Kudrin was one of the architects of the current programme but has called for the Kremlin to tap more of its resources and divert more of its oil revenues into paying for the programme: specifically, he has argued for raising the oil price threshold, after which oil tax revenues are siphoned off and sterilised in the National Welfare Fund (NWF) from $42 to $45, which would create billions of dollars of extra budget revenue for investment.

According to Kudrin’s latest estimates for November 2020, only 70% of the planned spending on the programme has been fulfilled. The most problematic areas were with “labour productivity” (65%), “culture” and “science” (67–67% each) and “small and medium-sized businesses” (75.7%), The Bell reports. The demography national project was the best with budget execution of 86.2%.

Most of the national projects, on which Putin signed a decree in May 2018, were actually launched only from January 1, 2019, Kudrin says. The implementation plans were only formulated and the all-important instructions added only by the end of 2019, according to Kudrin.