Russian government may cut borrowing this year by RUB0.5 - 1 trillion over US sanctions fears 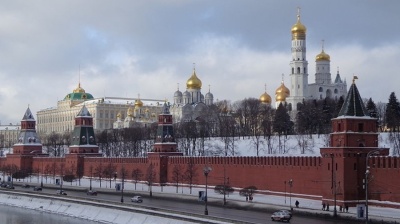 Russia hiked borrowing in 2020 from its regular circa RUB2 trillion a year to RUB5.2 trillion in 2020 to fight the coronavirus crisis. It had planned to borrow RUB3.7 trillion this year, but may now cut those plans back due to fears of more sanctions.
By Ben Aris in Berlin March 4, 2021

The Russian government discussed a proposal to cut borrowing this year by RUB0.5-1 trillion ($6.8bn-13.5bn) due to fears of more US sanctions being imposed that could target sovereign debt, Bloomberg reported on March 3.

Russia hiked borrowing via the Russian Ministry of Finance ruble-denominated OFZ treasury bills programme from its regular circa RUB2 trillion a year to RUB5.2 trillion in 2020 to raise funds to fight the coronacrisis shock to the economy, and plans to borrow RUB3.7 trillion this year, according to the 2020-2023 budget.

However, faced with funding the first federal budget deficit in many years and several new spending initiatives, included a mooted RUB500bn social spending programme floated in the wake of January’s mass protests, the Ministry of Finance needs to raise more money and will turn to the OFZ market.

The total planned borrowing for this year was RUB3.7 trillion, but may now be cut to RUB3.2 trillion or even RUB2.7 trillion gross, according to reports.

According to The Bell, authorities are possibly concerned about implementing the borrowing programme following a second round of US sanctions under the Chemical and Biological Weapons Control and Warfare Elimination Act of 1991 (CBW) restrictions that could be imposed in June. The US Treasury Department (USTD) imposed sanctions on seven government officials in connection with the jailing of anti-corruption activist and opposition politician Alexei Navalny on March 2 that were considered to be light and largely symbolic. However, the Biden administration has made it clear the process has not ended with this round of sanctions, and more are in the pipeline.

But with one fence cleared cleanly foreign investors poured back into the OFZ market this week, which saw its highest levels of buying in eight months.

It is not clear if the government will need to borrow more following the rapid gains in the price of oil in the last two months that will almost certain produce surplus budget funds, beyond those envisaged in the budget.

“The government is attempting to implement a quite tight borrowing programme of RUB3.7 trillion gross this year after borrowing RUB5.2 trillion gross in 2020,” Sova Capital said. “We suspect that the government’s plans for 2021 are even more challenging than those of 2020. Last year, fiscal authorities were in crisis mode, issuing RUB3.1 trillion in OFZ floaters (linked to RUONIA), with the largest banks being the main borrowers. A similar step was taken at the end of 2014. Rising interest rates in Russia and globally could weigh heavily on interest rate costs for RUONIA floaters. Simultaneously, thinner liquidity in the banking sector might limit the potential for additional massive sales.”

The budget is based on a rather conservative oil price assumption and RUB/$ rate ($45.3/bbl and RUB72.4 respectively), and the recent rally in oil prices has created significant tailwinds for the budget’s execution.

Sova Capital ran a sensitivity analysis of the federal budget and found that with the current oil prices and RUB/$ rate, the budget could receive an additional 2.3% of GDP, which would allow for additional spending on coronavirus (COVID-19) relief if the fiscal rule were suspended or additional funds were directed from the NWF towards infrastructure projects. “We think that social and business support packages could sustain the recovery momentum this year,” Sova said in a note.

Against this, government spending surged in January as the regime continues to tackle the fall-out from the coronacrisis. According to preliminary estimates, January's federal budget was fulfilled with a RUB185bn deficit vs. Sberbank’s expectations of a small surplus of RUB50-100bn.

Budget revenues remained strong in January, in line with expectations, with non-fuel revenues up 7% year on year, including a 39% y/y increase in local VAT, partially due to the scheduled tightening in tax collection regulations.

Normally January is a month of restrained spending, accounting for 4-6% of the annual spending, but this year budget expenditures were also higher than expected, posting a 3% y/y rise from a high base (January 2020 spending was up 45% y/y, FY20 increase was 25% y/y). This increase challenges the current official plan to make a 6% y/y cut in nominal federal spending this year.

The main source of financing for the deficit in 2020-23 will be borrowing, which will even exceed the budget deficit over all three years. Following the RUB3.7 trillion borrowing in 2021, in 2022-23 it will stabilise at RUB2.1-2.4 trillion, thus substantially exceeding the projected budget deficit.

The Russian ruble has been through some wild swings this year as it has almost completely decoupled from the price of oil and is almost entirely dependent on the ebbs and flows of geopolitical tension.

Slavi Trifonov is the favourite to become Bulgaria’s next prime minister while Boyko Borissov is consigned to the dustbin of history. But are the two politicians so different?

It’s ten years since Fondul Proprietatea listed on the Bucharest Stock Exchange. bne IntelliNews looks at what’s next, including the upcoming IPO of its largest portfolio company, Hidroelectrica.

Iran stands to be one of the winners of the new regional transportation map.