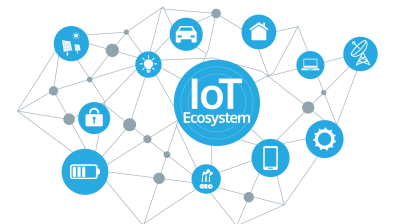 Russian oligarch Arkady Rotenberg, GLONASS-TM, a company launched in early 2018 and Rotec are joining forces to deploy an Internet-of-Things (IoT) network across Russia
By EWDN in Moscow May 1, 2019

GLONASS-TM, a company launched in early 2018, intends to deploy an Internet-of-Things (IoT) network across Russia as part as a “government assignment,” reports East-West Digital News (EWDN).

The network will be used to monitor, collect and analyse data in a variety of fields. It will help “control the state of the country’s transportation infrastructure, security systems, meteorological and ecological monitoring and waste utilization management systems,” the company’s general manager Denis Simakin told the business daily RBC.

The company is co-owned by Rostec, the state defence conglomerate; JSC Glonass, the operator of Russia’s national satellite navigation system ERA-Glonass; and IT Invest Transport Systems, a company that oversees Russia’s electronic toll collection infrastructure, of, which Russian billionaire and stoligarch, or state-sponsored oligarch, Igor Rotenberg is a shareholder.

The network will be based on the XNB protocol — created last year by ‘Modern Radio Technologies,’ another Rotenberg company — to support its low-power wide-area network (LPWAN). Under plans, the network will include more than 34,000 base stations following a five-year deployment plan (2020-2024). The required budget reaches 53 billion over these first five years (nearly $830mn at the current exchange rate).

GLONASS-TM has already received the required frequencies (863–865 MHz and 874–876 MHz), but will not receive state funding to implement the project.

Rotenberg, whose family has close ties to Russian President Vladimir Putin, has been targeted by US and Canadian sanctions.